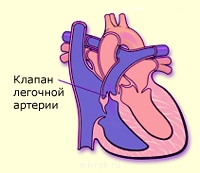 Disease is a specific disease, which is accompanied by a narrowing in the region of the outflow tract of the right ventricle side of the valve located in the pulmonary artery. This change constitutes a significant obstacle, and it is through him that the ventricle has to pump blood with significant force, which can, in turn, affect the quality of human life.

Almost 90% of the time this disease is diagnosed as stenosis of the valve. The remaining 10% are subvalvular view and it's a supravalvular. 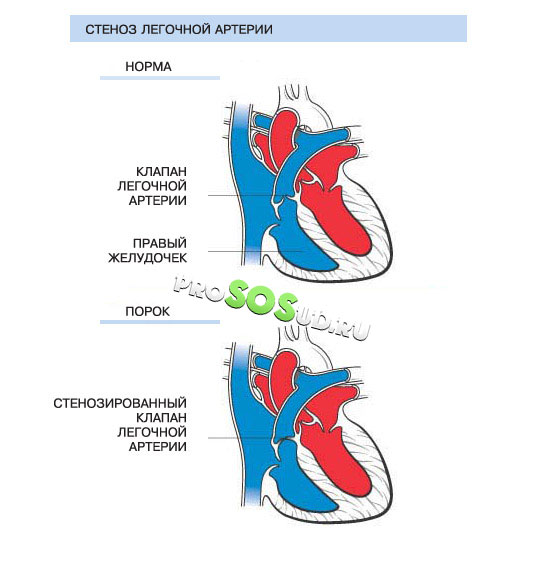 The disease is classified by the level of blood pressure parameters and gradient (difference) pressure in the ventricle and pulmonary artery:

Stenosis of the pulmonary artery manifests itself in different ways depending on the level of development of the disease. It is influenced by suchindicators as pressure in the right ventricle and the above-mentioned gradient. At low and unexpressed indicators mentioned above, symptoms or complaints may be absent altogether.

On severe stages of the disease may experience the following symptoms: 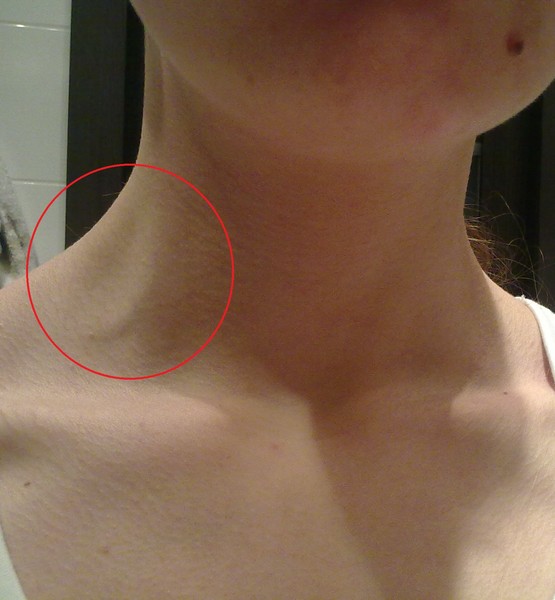 During the inspection in this case, the patient's doctor attracts the attention of the pulsation and the allocation of neck veins, skin color pale, shaking, chest systolic character, the presence of the so-called heart of the hump.

The decrease in cardiac output lead to cyanosis of the lips, fingers and cheeks.

Valve stenosis pulmonary artery is a disease that can occur in children. It is often a manifestation to get the gap from the physical development, which is manifested in low body weight and low growth.

For children suffering from this disease, characterized by frequent colds, as well as the development of pneumonia. The disease in some cases and occurs in newborns, the cause may be the presence of this disease in his mother.

To notice its presence can already during pregnancy noise or as a result of the x-ray, which indicates an increase of the heart from the right ventricle. In newborns, the disease may not acquire a complicated shape, so that they are able not to influence negatively on their way of life.

If the disease is moderate or severe, with evident cyanosis, that is, the color blue in the nasolabial area, on nails and lips. Unfortunately, if not treated, these children can die in the first year of his life.

To determine the stenosis of the pulmonary artery, it is necessary to conduct a series of examinations which include analysis and comparison of the received data. Not the last in the diagnosis is the result of the so-called instrumental diagnosis of.

In this disease shifting boundaries of the heart to the right side, and on palpation a marked systolic pulsation in the right ventricle. According to the data obtained after auscultation and phonocardiography, you will hear rough and loud noises, is a weakening of the second tone in the pulmonary artery and then his complete breakdown. 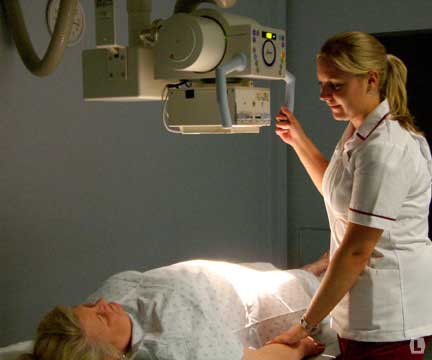 An ECG can help identify the load on the ventricle. The use of echocardiography in the presence of illness often shows dilatation of the ventricle with extension to the pulmonary artery.

As the definition of the difference in pressure of the ventricle and the pulmonary trunk is used Doppler.

A pressure monitor is easy to check sensing in the right chambers of the heart. This method is applied to determine the gradient. In the presence of chest pain in patients older than 40 years are to undergo selective coronary angiography.

If you have symptoms of the disease in children for accurate diagnosis is applied:

The most important in diagnosing the disease is a differentiate it from such similar diseases as defects of partitions of heart chambers, triad, Fallo complex Eisenmenger, etc.

The most common and most effective method of treatment of this disease remains surgical procedure that involves elimination of the stenosis. It is worth considering that the operation is indicated only in the case when the stenosis of the pulmonary artery made up of 2 or 3 stages.

In valvular stenosis, is used the treatment method of open valvuloplasty, in which the dissection fused with each other Komissar. Also widely used balloon valvuloplasty was (endovascular). This method is the elimination of intravascular stenosis, which is carried out using the inflatable balloon and the catheter.

Any form of stenosis is quite capable of causing serious complications affecting life expectancy. So diagnosis and treatment should be timely. Despite this, even surgery could be dangerous consequences such as the development of valve insufficiency pulmonary artery.

Treatment for children and the rationale for his selection is made on the level of narrowing of the pulmonary artery.Surgery can not be assigned only if minor severity of the disease or in the absence of any complaints. If they are, the treatment must be applied urgently. Usually the operation is performed at the age of 5-10 years.

When the serious form of the disease can be done immediately. For children you use this procedure, balloon valvuloplasty was or surgical reconstruction. In General, this treatment gives good results and low mortality rate. Insignificant as it appears on the ordinary life of a child who after only 3 months may return to school.

Any physical activity is limited for a period of up to two years.

Prevention of disease and prognosis for the future

Stenosis of the pulmonary artery, regardless of whether it arose in adults or children with a slight form practically does not affect the quality or duration of life. If to speak about the relevant form of the disease with hemodynamic point of view, it leads to the early development failure of the right ventricle. This, in turn, could result in sudden death.

Statistics show that in the result of the operation for 91% of patients average life expectancy is at least another 5 years. In the absence of symptoms in adult patients, the operation can be postponed for a certain period.

As prevention of this disease, especially in children, is to ensure all necessary conditions for normal pregnancy of the expectant mother. In addition, it should be taken all measures for the timely detection of the disease, which can be assigned to the appropriate treatment.

It can also be aimed at eradicating those diseases that caused acquired by the child changes. Each patient must be supervised by specialists, such as cardiologist and heart surgeon and to take all measures to prevent the development of infective endocarditis.