Home / Of vascular disease / Flushing of the skin

Flushing of the skin 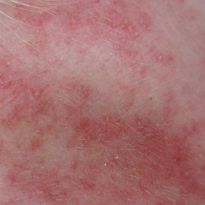 Flushing of the skin are familiar to anyone who has ever blushed or took too long in the sun. A rush of blood to her cheeks, the feeling of "burning" the face of the usual signs of excessive blood vascular. It is not a disease and often goes unnoticed.

But the hyperemia that does not disappear for several days - a serious cause for concern.

Under the redness mean the overflow of the blood - vascular of an organ or tissue. It occurs due to excessive inflow of arterial blood and is expressed by the visible reddening of the skin, local increase of temperature, sometimes accompanied by itching and swelling.

Redness is purely external symptom: blood filled vascular, no time to give oxygen to the tissues, an excess of oxyhemoglobin in venous blood and causes redness.

Triggered by flushing of the face or other parts of the body both external and internal factors, and very diverse. Short-term congestion, caused by physical stimuli is called physiological. This phenomenon is natural and does not cause consequences. Excessive blood supply that occurs under the influence of unusual factors, called pathological. It may be the result or symptom of the disease.

The cause of excessive blood flow are external or internal factors not related to diseases: 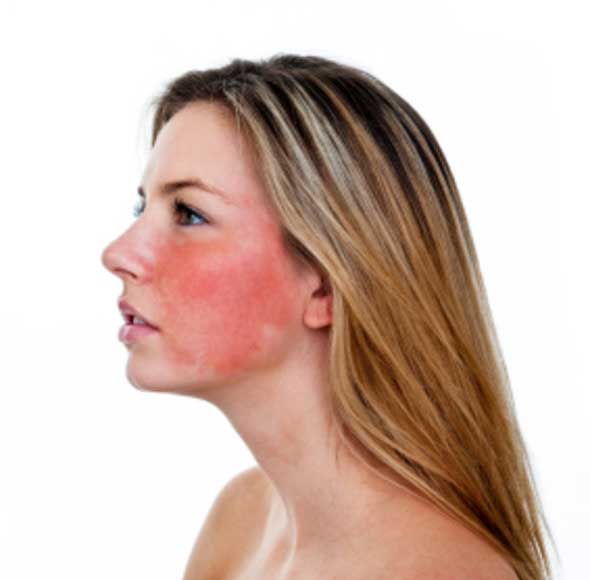 The hallmark physiological hyperemia is the brevity and obvious reasons. In relation to the nature of the factors provoking the blood flow, there are two forms.

Here are the cause of the pathological factors both external and internal:

The pathological form is quite short, for example, in acute respiratory disease, but often becomes protracted. Treatment should provide not only a way of getting rid of the underlying disease, but also from unpleasant consequences.

The location of the congested sections depends on the nature of the lesion. The burn is a large part of the body after excessive exposure to the sun refers to the common form. And the appearance of crimson spots on a single area of the skin local. Some types of local hyperemia in the skin did not occur, they can be seen only during surgery.

Blood flow, but rather speaking, blood stasis is formed for three reasons: either due to active work of the arteries, either due to lack of functionality of the veins, or for both reasons. The formation mechanism of the disease is divided into active, passive and mixed hyperemia.

Active or arterial occurs as a result of excessive blood flow to organs and tissues. There is the expansion of blood vascular in the area, acceleration of blood flow and an increase in the number of operating vascular.

medium;">Arterial hyperemia is characterized by the following features:

Narrowing and expansion of blood vascular occurs not spontaneously, but through the work of the vasodilator nerves. Arterial hyperemia is formed according to two different schemes.

In medicine arterial hyperemia is often used as a therapeutic technique: because increased blood flow promotes rapid tissue oxygenation and removal of decay products. The same mechanism is used in such familiar procedures as venepunktia. On the shoulder of the patient applied a tourniquet and weakened after 2 minutes.

In the end, dramatically increases the blood flow in the arteries, respectively, and increases blood circulation in the veins. And, therefore, to take blood from a vein becomes much easier.

There are several of the most typical forms provoked by different reasons.

Venous congestion or stasis, is the result of poor working veins. Came in arterial blood in the normal amount or excessive is not returned in full and becomes stagnant in the tissues or organ.

The reasons are different:

Venous hyperemia useful application finds, and with the exception of special occasions when you want to stop for a brief period the development of infection.

Its direct consequence is hypoxia of the organ or tissue, as it interferes with the normal circulation of blood and the body receives the proper amount of oxygen.

If passive hyperemia manifested externally - cyanosis, swelling of veins close to the skin, to detect and diagnose. But when it comes to internal organs, to apply special methods of examination, Doppler scan, ultrasound and so on.

This type of violation of circulation of blood is among the most easy. Redness of skin is formed due to the inflow of blood to the superficial small vascular located under the skin. Manifests as bright red or purple spots in different shapes. In the later stages there are boils, pimples, spider veins.

The appearance of redness on the face.

Despite the relative safety, this form is perhaps the greatest experience, because it looks not very aesthetically pleasing. Not only that, the face is covered with uneven red spots, but due to the increased temperature in these areas the skin peels off and dries up to the appearance of microcracks.

Hyperemia of both primary and secondary can be cured quite successfully. However, the key to sustainability of treatment outcomes is a way of life. Whole foods and affordable physical activity contribute to the restoration of normal blood flow, no less than the medication.