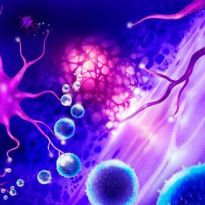 There are diseases not clear to the end of nature, which happen very rarely but have catastrophic final: they affect all the organs at once - stomach, intestines, kidneys, liver, lungs, heart.

Such diseases include scleroderma and systemic - how mysterious, the more severe pathology is extremely difficult to cure even with modern medicines, not to mention the popular media.

For normal work of all organs and systems requires several conditions - including sufficient production of connective tissue, which plays a supportive role in the functioning of the body.

The connective tissue component of any body responsible for food tissues (trophic) and their protection, and also perform a supporting function, when it comes to bone machine.

An example of the most famous varieties of connective tissue - the blood. It feeds oxygen and necessary nutrients to all organs, moving numerous vascular. 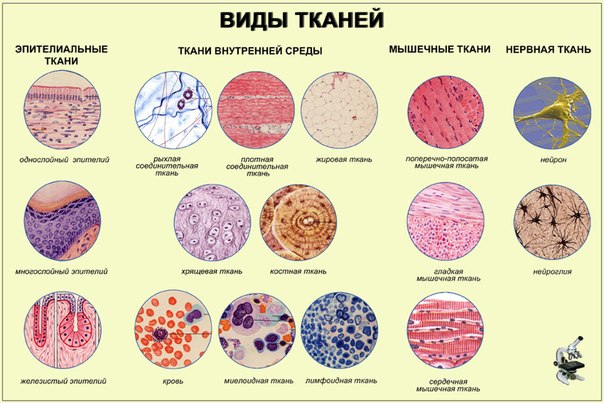 Collagen and elastin - the main components of this type of tissue produced by fibroblasts are the special cells.

When "crashing" the system

Systemic sclerosis is a complex connective tissue in which under the influence of different factors come pathological changes - growth of collagen on the background of inflammation of small vascular, contained in the tissues.

It is assumed that trigger the development of scleroderma lies in genetics: a predisposition to this rare disease have only people with certain genetic disorders.

Existing violations of imposed malfunctions of the immune system that cause damage to the vascular walls and increased production of fibroblasts, the body is trying to repair damaged parts of the endothelium, increasing collagen production.

In the result the connective tissue of the pathologically growing and the organs involved in the process, begin to experience oxygen deprivation - ischemia. 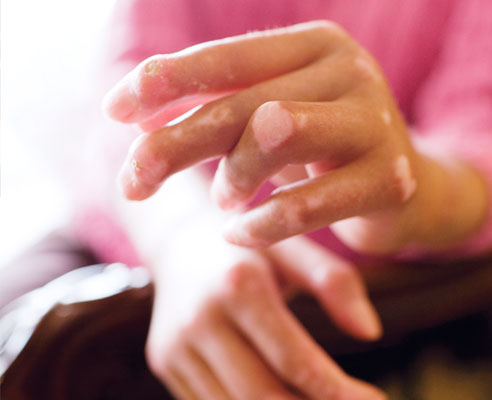 More common in women of middle and old age, however, there are cases of the disease in children, which can be explained by the imperfection and immaturityimmunity.

The initial symptoms of scleroderma occur in Raynaud's phenomenon - intermittent spasm of small vascular of the fingers, occurring as a reaction to cold or stress. The tips of the fingers first turn white, then bluish, or even purple.

When the vascular permeability is restored (this happens already after a few minutes, fingers blush - comes reactive hyperemia.

The spasm is often accompanied by numbness of the limbs, and the restoration of blood flow, patients complain of painful sensations. In the beginning these symptoms are observed in the region of brushes react to the cold only one or two fingers.

Further spasms of delight not only the hands but also toes.

A similar reaction may occur on the face, ear lobes and face first pale, then blue, and at the end turn a deep pink or crimson shade. Patients also feel numbness and then pain in the affected areas. If the process involves the vascular of the tongue, during bouts of disturbed speech.

The above signs are cause for immediate examination as Raynaud's syndrome - one of the first signs of a developing scleroderma. The sooner will be carried out diagnosis, the more successful the treatment. 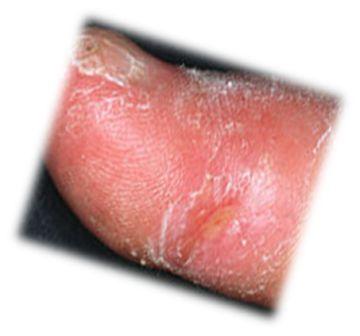 In places where most often there are spasms of small blood vascular, over time, formed swelling, turning into resistant seals: they are initially localized on the fingertips and then spread to other areas of skin and organs.

The ending becomes atrophy of the skin and the affected by scleroderma internal organs: they shrink, losing the face.

The muscles of the face lose their mobility, whereby it resembles a creepy mask. Bodies normally cease to fall, not getting enough nutrition due to the loss of elasticity of blood vascular and circulatory disorders in them.

Most often systemic scleroderma affects the stomach, intestines, lungs and, less frequently, the process involves the kidneys and heart.

Scleroderma changes in the stomach and the esophagus appear in eight out of ten cases and expressed the following symptoms:

When small-bowel severe symptoms appear in later stages and consist in:

Sometimes observed constipation - in cases where the sclerotic process began in the largethe intestine. 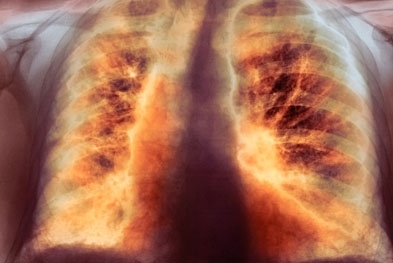 About seventy percent of patients diagnosed with systemic sclerosis suffer from lung lesions: these develop interstitial fibrosis (tissue growth interstitium is one of the varieties of connective tissue) or pulmonary hypertension.

Fibrosis of lung tissue leads to the development of symptoms of respiratory failure - increasing breathlessness and dry cough without sputum. Similar symptoms and has pulmonary hypertension in these patients.

Fibrotic changes in the tissues of the myocardium, emerging due to spasms of the small vascular, left ventricular dysfunction, arrhythmia, heart conduction disorders, signs of pericarditis (inflammation of pericardium, heart bags) are detected in most patients with systemic scleroderma when pathology "gets" to the heart.

Patients complain of a dull pain in the chest, increased heart rhythm and arrhythmia.

There may be symptoms of myocarditis, rarely endocarditis, in which are formed various heart diseases, but heart failure is rare.

If, nevertheless, it develops, has a poor prognosis due to the fact that is difficult to treat.

Acute scleroderma kidney" is a rare variant of the course of scleroderma, when tissues and blood vascular of the kidneys quickly covered by sclerosis.

This condition is characterized by suddenly occurring and quickly developing renal failure with a sharp decrease in the amount of urine (oliguria), severe hypertension, thrombocytopenia, and hemolytic anemia.

Treatment of systemic scleroderma is a very difficult task: choosing therapeutic tactics in the first place depends on the form of the disease and nature of organ damage.

Unfortunately, systemic scleroderma completely impossible to cure, but modern medicine can inhibit the proliferation of connective tissue, and to a certain extent, to adjust the immune system, which plays a significant role in the development of this disease.

Treatment of scleroderma is carried out in three areas and aims to reduce the number and duration of vascular spasms, to suppress excessive immune activity, as well as in varying degrees, to restore functions damaged by disease of the internal organs.

In additionheld on the testimony of immunosuppressive, cardiovascular and antifibrosis therapy offered to patients to significantly change the way of life:

It is believed that folk remedies exist for all diseases as folk medicine for thousands of years of its existence has gained extensive experience in the treatment of all, what can hurt people.

However, scleroderma is called systemic disease and have an unknown etiology: unclear when the mechanism of disease, it is hardly possible to speak seriously about any effective ways of treating it.

However, there are quite a lot of funds that are experts in folk medicine are positioned as reliable and effective.

Such means include a poultice of roasted onion applied to the affected areas of skin, decoction of lungwort, horsetail, knotweed, herbal infusions of plantain, mother-and-stepmother, birch leaves, St. John's wort.

Obviously, in a certain way compresses, decoctions and tinctures help to strengthen the immune system and slightly improve the condition of the skin, the internal organs, but the persistent and pronounced effect of treatment of scleroderma by means of traditional medicine to say still not necessary.

We recommend you to read about a similar disease called hemorrhagic vasculitis. He manifested on human skin.