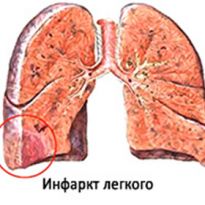 A heart attack is not the prerogative of the heart. Under this disease refers to the tissue death of an organ due to insufficient blood supply. This kind of disease of the myocardium or brain (ischemic stroke) is known to all. However, pulmonary infarction is also considered to be the common form of the disease.

The development of a heart attack

Pulmonary infarction is manifested as a result of embolism or thrombosis of pulmonary arterioles. As a rule, it is formed on the background of already existing venous stasis. Causes the formation of thrombus and occlusion of the vessel is different: it can be surgery, heart failure, bone fracture accompanied by damage to veins, and so on.

All diseases, provoking the stagnation of blood in the lungs - inflammation of the pulmonary vascular hypertension, can also cause. In this event, the diffusion of oxidized blood passes through regions of the lung where no gas exchange and, accordingly, is not enriched with oxygen.

Blockage of a vessel, in turn, causes a critical increase in blood pressure, which causes bleeding in the lungs.

Pulmonary infarction is formed within days after occlusion of the vessel. The affected area usually looks like a pyramid irregular in shape, has a dark red color and is denser to the touch. Value is different from a plot of the size of a pea to share. Damage very often accompanied by pneumonia or pleurisy.

Embolism - blockage of blood vascular due to the presence in them of atypical particles, often provokes a partial infarction of the lung which are irreversible changes in the tissue is not accompanied by.

Infarction of the lungs, affecting a small area, may be completely unnoticed: its symptoms are poorly expressed, and sometimes the disease is detected only by x-ray. The consequences are minimal, and treatment takes up to 8-12 days. 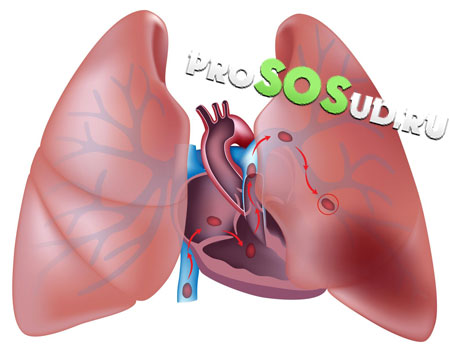 With a significant defeat of the symptoms are obvious and often coincide with signs of heart failure and pneumonia, but have a high rate of development and intensity.

The consequences depend on the value of the vessel. When blockage of the pulmonary artery comes instant death. The consequences at an average severity of pneumonia and pleurisy. There's a good chance of getting a blood clot in the vessel, which causes an abscess in the affected area.

With the defeat of the small branches the symptoms are not so severe, and the arteries eventually restored.

Pulmonary infarction - a disease that occurs as a consequence. Causes include any disease and mechanical damage, can cause thrombus. 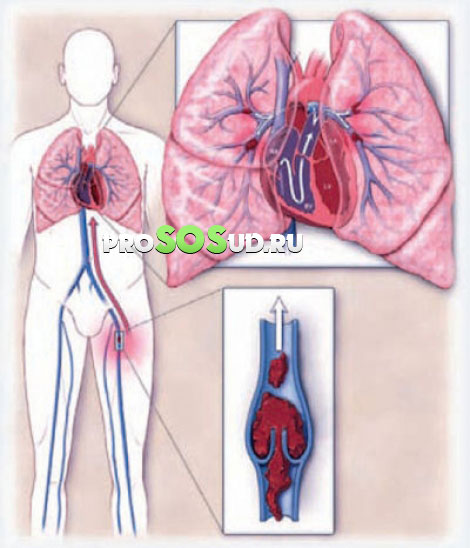 In severe illness the main thing is to distinguish pneumonia from a heart attack because their symptoms are very similar, and the sequence of their appearance is not always possible to clarify.

For diagnostic use the following methods:

Treatment of pulmonary infarction begins immediately. Its effectiveness and duration depend on the size of the affected area and severity of the underlying disease.

The consequences of myocardial infarction is entirely determined by the severity of the lesion. The survival rate after a heart attack depends on early treatment. If you suspect a pulmonary infarction heparin and eufillin are applied immediately. The patient in this disease is transportable, which allows you to hold an emergency hospitalization.

You can also read material about how dangerous pulmonary embolism.