Home / Of vascular disease / Manifestations and treatment of lymphangitis

Manifestations and treatment of lymphangitis 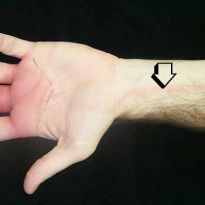 The other day you accidentally cut your hand or leg, and were ready to forget about the incident, as the wound reminded myself inflammation around the circumference and a strange, painful strips off of it on the skin.

The doctor at survey will be diagnosed with lymphangitis. What is this disease and whether it requires special treatment?

Lymphangitis, and other diseases associated with the infectious lesions of the lymphatic system, can hardly be attributed to self-diagnoses.

The fact that the lymphatic system is itself a subsidiary of the vascular structure, the main purpose of which is to protect the body during attacks of various infections.

This protection involves the flow of lymph in the venous system, blood purification, production of lymphoid elements involved in immune reactions, as well as the creation of barriers to infections.

Normal lymphatic vascular on their own to cope with pathogens. However, severe infection and decreased immunity sometimes lead to the fact that the lymphatic system loses its barrier function. As a result of its vascular, tissues and nodes are inflammation: develop lymphangitis, which affects the bloodstream, and acute and chronic lymphadenitis involving regional lymph nodes.

Thus, the above pathology is always develop on the background of any other inflammatory processes and are secondary: complete cure of the underlying disease automatically leads to normal condition and the lymphatic system.

Lymphangitis - infection of the walls of the deep and superficial lymph vascular, the cause of which is often the intervention of Staphylococcus aureus is a dangerous bacteria that are constantly mutating and causing many severe diseases of the skin, lungs, heart, joints. 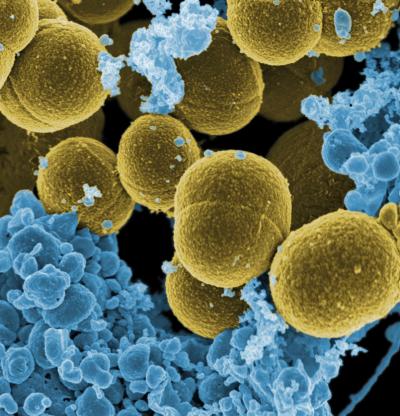 Colonies of Staphylococcus aureus live on the skin without bringing harm to the person, however, in violation of the integrity of her skin with cuts or abrasions penetrate the bloodstream and spread her shock to all organs and systems.

A little soreness around the wound with the inclusion of immune mechanisms is in a few days, sometimes even without special treatment.

However, in some cases, the activity of the infection is suppressed the body is not enough due to the stunning ability of Staphylococcus aureus to adapt to the unfavorable conditions and temporary weakening of the immune system.

Entryinfection of the wounds, scrapes, ingrown toenails, boils - in General, any pockets, which develops suppuration.

The severity of symptoms lymphangitis depends on the caliber of vascular affected by the infection if they are small, then develops a mesh or surface form of the disease.

If the inflammatory process involves the large lymphatic vascular deep in the tissue, we can talk about Stalowa or deep lymphangitis.

There is another form of vascular lesions - persimpangan. It develops around the lymphatic trunk and also has its symptoms.

Mesh (surface) shape resembles that of a simple inflammation around the wound marked redness and swelling of the skin with no clear boundaries, but the thought of the onset of lymphangitis the doctor induces vascular mesh in the infected area.

Deep lymphangitis is characterized by painful, red streaks coming from the infected wound to the lymph nodes nearby. In addition to these symptoms, patients complain of pain with pressure along the vascular, and the specialist draws attention to the seals. 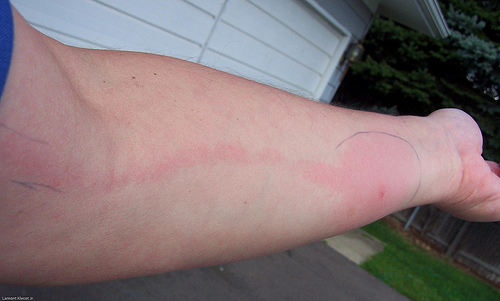 The manifestation of lymphangitis.

The deeper lymphatic vascular affected, the less likely the appearance of red bands: a clinical picture here is of pain and swelling.

If lymphangitis develops in the legs, it may cause elephantism - elephantiasis.

Perlinganit has a rather meager symptoms: they are confined to the subcutaneous seals along the vascular.

Rapidly developing inflammatory process in the lymphangitis may be accompanied by a significant increase in temperature (sometimes up to 39 degrees), profuse sweating and weakness.

When the inflammation affects the lymph nodes

Because the inflammatory process is always localized near the lymph nodes, the possibility of infection. In such cases, there are signs of lymphadenitis - inflammation of the neck and in other places - in the armpits, in the groin.

It is regional lymphadenitis is a complication that is local.

Its symptoms are characterized by enlargement and tenderness of lymph nodes, a very high temperature, weakness and sweating. 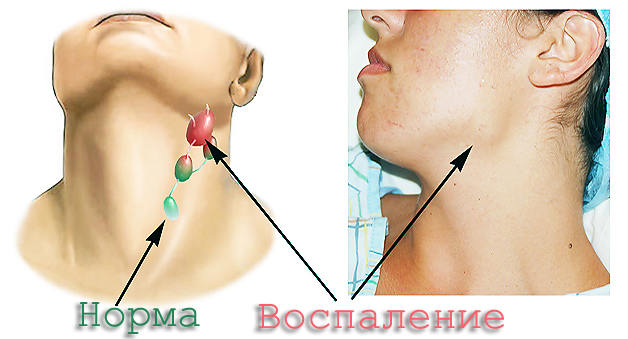 So, for example, inflammation of the nodes in the groin occurs when attacks of genital infections (syphilis, chlamydia, trichomoniasis, gonorrhea, and others), as well as in tuberculosis, tularemia.

Despite the fact that inflammation of small and large lymphatic vascular is most often seen on extremities, sometimes face this problem of men, leading a very active sex life.

On the skin and mucous membranes of the penis are formed of wear and abrasion through which the infection can easily penetrate into lymphatic vascular, which are located near the coronal sulcus or along the entire length of the body.

Inflamed area is painful swelling, which disappears quite fast and does not require special treatment.

However, the projected nevinomysskiy lymphangitis may be quite a venereal disease: the clinical picture of certain STDs has a certain similarity with the course of inflammation of the lymphatic vascular newamericanow nature.

For this reason, patients are usually sent for consultation to the specialist venereologist to exclude:

There is another pathology which must also be excluded during examination: Mondor's disease (thrombophlebitis of the superficial veins of the penis).

The survey is absolutely necessary, since all the above diseases require the treatment - conservative or surgical.

How to get rid of?

Mentioned that lymphangitis is not an independent disease but a complication of purulent inflammatory processes on the skin or mucous membranes.

Thus, the treatment to be not it, and the boil, abrasion, cut, felon - inflammation of the external tissues of the fingers and toes, most often occurs near the nails. They are the source and cause of all problems.

Treatment of lymphangitis should be carried out only by a specialist, ideally in the Department of a hospital. The fact that abscesses on the skin are usually a bag with purulent contents beyond the reach of antibiotics.

So they open to remove the pus, and the dissection process. Professionally it can be done only by a surgeon - that's why you should always with similar problems to go to the hospital.

What absolutely can not do, if you are at the site of inflammation appeared ulcer:

The antibiotics used for the treatment of lymphangitis, usually belong to the class of penicillins, cephalosporins of the first generation. Can also be prescribed medicines from aminoglycosides or lincosamides, but the choice is only the specialist: self-treatment with antibiotics is unacceptable.

Chronic inflammatory processes in the lymph vascular treated with physical therapy with the use of ultraviolet irradiation, mud therapy, overlaying ointment bandages and was on the affected area.

What can happen without treatment

If you hope only at home methods or even not to pay attention to the problem of untreated or improperly treated lymphangitis fast ironiziruya, leading to persistent violation of lymph flow, contraction of lymphatic vascular, early development of severe diseases of the lymphatic system lymphedema and elephantism.