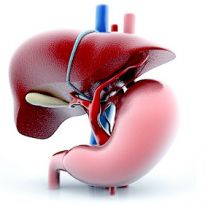 The Budd-Chiari refers to a heterogeneous disease. The first symptoms can be different in different circumstances, yet come together for all occasions picture. This disease is characterized by impaired hepatic venous outflow, manifested by enlarged liver, fluid accumulation in the abdominal cavity, abdominal pain.

Disease Budd Chiari syndrome is considered a rare disease. Among the European population of the research say about one case per million people. The most common cause of morbidity worldwide is congenital diaphragm pathologies.

No data on sex predisposition to this disease. However, symptoms often occur in women, mostly, the disease is associated with hematological disorders. Age when first symptoms appear - thirty-forty years.

Among the reasons causing the Budd Chiari syndrome, the most common are:

Liver functions are affected depending on the level of stagnation, the consequence of which is hypoxia (oxygen starvation). The increase in sinusoidal pressure may lead to necrosis of the liver. Chronic stage is sometimes characterized by the growth of extracellular matrix, leading to fibrosis and liver damage.

Signs and symptoms of the syndrome are shown on the background of impaired function of coagulation:

Diagnostics includes the classic triad of symptoms: abdominal pain, ascites, enlarged liver. In most patients the syndrome Budd Chiari manifests itself that way, but not all. With a high index of suspicion is required detailed diagnosis. 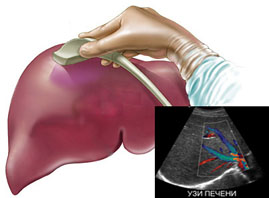 If the liver has time to develop collaterals (bypass duct), patients are suffering from asymptomatic or with a fewslight symptoms. When the disease progresses, starts liver failure, portal hypertension.

The conditions under which the appropriate suspected Budd Chiari syndrome and appropriate treatment:

Laboratory diagnosis: analysis of ascites in the Budd-Chiari gives such information - high protein, leukocytosis (does not apply to patients with an acute form). The presence of thrombosis, indicated by the increase in albumin gradient.

Other studies which gave a vivid picture of the disease:

MRI has high sensitivity, it helps to distinguish acute from chronic process. Well-visible vascular system, is determined by the presence or absence of swelling of the parenchyma.

Venography, and venography help to determine the nature and severity of the obstruction. It is used when the treatment is balloon angioplasty, thrombolysis, stenting and intrahepatic shunting.

The natural course of the disease when the diagnosis is still not well understood.

Cases in which there is a good prognosis for treatment:

For the calculation of the prognostic index was adopted special formula. The positive Outlook is considered in the evaluation of less than about 5.4.

For patients not taking treatment, the prognosis is not good: death from liver failure occurs over the 3 months to 3 years from the time of diagnosis. Five-year survival of patients receiving treatment is 40-87%, liver transplantation gives a 70% five-year survival rate. The determining factors for same treatment are: age, presence of cirrhosis, the presence of chronic kidney disease.

Morbidity and mortality are usually associated with the scaleascites, and General liver damage.

Pharmacological treatment has a temporary symptomatic effect, to improve metabolism in the liver are assigned:

Surgical intervention involves the imposition of anastomoses (sites of communication) between the veins. Stenosis and atresia of the inferior Vena cava, and extend its use to reconstruct the abnormal areas. Also apply bypass of the Vena cava and liver transplantation.

We recommend you read the material about venous congestion.