Home / Of vascular disease / What is orthostatic hypotension

What is orthostatic hypotension 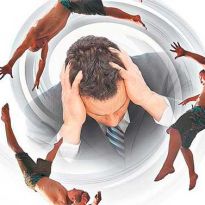 A condition characterized by clouding of consciousness and severe dizziness when changing body position is called orthostatic hypotension. Especially these symptoms are manifested with a sharp rising from a lying or sitting position.

Usually, when a sharp change in body position is a redistribution of blood. At rest - lying or sitting - most of it accumulates in the leg veins under the influence of gravity. As a result, the pressure drops slightly, and in response, the heart muscle is accelerated and the vascular are converging.

Thus, there is self-regulation of blood pressure. The same cases in which a natural compensatory mechanism is not triggered, and are manifestations of orthostatic hypotension.

The as hypotension may be caused by the following reasons: 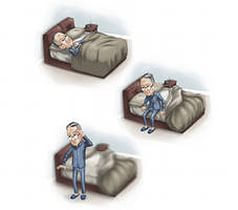 The most common symptoms of orthostatic hypotension doctors believe signs of circulatory disorders of the brain:

In case of violation of the blood supply to other organs of orthostatic hypotension may occur as follows: 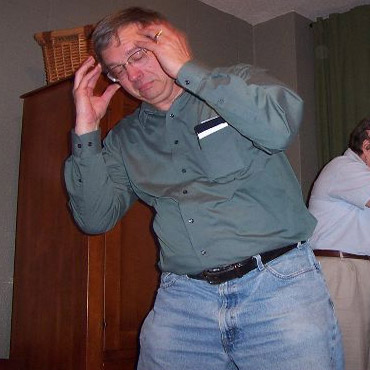 All the symptoms may occur whena sudden change in body position and long standing in one position, and excessive exercise.

In medicine known cases when signs of hypotension especially evident after a heavy meal.

Most pronounced symptoms in the early hours, when the patient abruptly gets up from a lying position. Fixed and this kind of syndrome, in which painful symptoms of orthostatic hypotension start after a few minutes standing still.

In violation of regulation of vascular tone increased pressure can result from a long stay in a horizontal position, that is, a night's sleep.

Successful treatment of the syndrome is based on accurate diagnosis. This is especially true in the case of other diseases, which are characterized by the same signs.

Diagnosis involves a medical history, identify impact factors and the lifestyle of the patient, elimination of the influence of medication that may cause similar symptoms, as well as inspection and investigation of the patient. To say with certainty that the patient has orthostatic hypotension, that is, can only be a doctor after all necessary diagnostic procedures.

Very effective orthostatic hypotension, which can be applied in two variations:

Orthostatic tests allow physicians to determine the heart rate of the patient's blood pressure and General condition. First, all of these parameters are measured in a relaxed state, lying within certain intervals of time and standing. 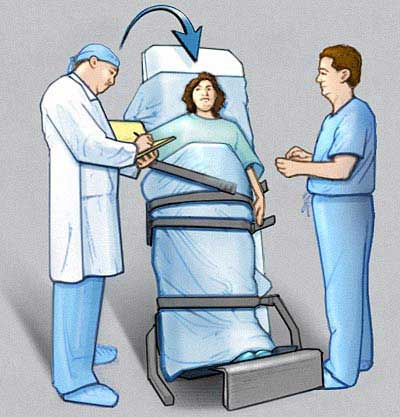 The disease in such a study is diagnosed accurately, but the doctor will involve laboratory and instrumental methods of test for exclusion of additional factors affecting the change in pressure of the patient.

Also of great importance for the correct diagnosis is the age of the patient. If a patient more than sixty years, the blood pressure measurement is performed in the standing position after a few minutes of being dormant.

This is due to the fact that elderly patients orthostatic hypotension in type most oftendevelop because of medication.

Also in diagnostics it is necessary to consider the differences between hypotension and normal fainting.

This can be identified in the following ways:

When selecting therapy attending physician will take into consideration the cause of the disease. Often the treatment is only to wait a certain period: puberty in adolescent or early pregnancy. In these States the body is able after some adjustment to adapt to pressure changes without outside help.

Also, the medic can prescribe drugs that improve the pressure. When orthostatic hypotension is usually prescribe medications based on caffeine. Furthermore, it is shown and gormonoterapii drugs that can regulate the endocrine and nervous systems.

To treatment of the disease to be effective, it is recommended to eat foods with a high content of carbohydrates, salt and fats. Shown the consumption of fruits and vegetables, especially those having a tonic effect. In this disorder, it is extremely important to drink sufficient amounts of water and strictly avoid alcoholic beverages.

Prevention of the disease

In order to get rid of the symptoms of hypotension, medication isn't everything. Is prevention that can reduce the symptoms of the disease to a minimum. Orthostatic hypotension should be the patient's strict ban on fast jumping out of bed or chair. It is recommended to slowly move into a sitting position, sit up for minutes, then slowly stand up, holding on to the furniture.

To normalize the pressure can help the principles of healthy lifestyle:

Also, if orthostatic hypotension can be very useful tonics in moderate doses, tea and coffee. Restorative charges and extracts of rose hips, ginseng, Eleutherococcus and Schizandra patients with hypotension not contraindicated.

In case of prolonged injury or illness, for a long time lay sick in bed, it is essential to engage in the prevention of pressure problems. Must regularly do physical exercises, if it is suspected that the treatment and rehabilitation process from the primary injury may occur orthostatic hypotension.

In most cases it may be sufficient to eliminate the causes leading to decompression to the patient's condition returned to normal. But in some cases requires special treatment, which is prescribed by a doctor.

In parallel with the relief from the unpleasant symptoms of hypotension conduct and treatment of the underlying disease, if it causes problems with pressure.

So, when bleeding, which can be caused by orthostatic hypotension, doctors prescribe therapy designed to normalize intravascular volume of blood. If the cause of the painful condition steel side effects from the medication, the doctor may reduce their dose or changed to another set of medicines.

If the disease has reached the chronic stage, and especially in the case of the elderly patient the maximum emphasis in the development of treatment programs is done at the exclusion of precipitating hypotension factors. These include sharp getting out of bed, regular intake of alcohol, drink inadequate amounts of fluid.