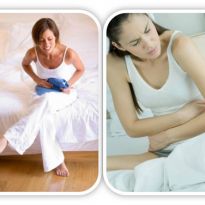 Acute abdomen is one of the most dangerous conditions requiring immediate medical examination and treatment. The reasons can be different - an attack of appendicitis, poisoning, renal and hepatic colic, gynecological diseases. However, there is another reason that can cause sharp abdominal pain and deterioration of the General condition until the death of patients - mesenteric thrombosis intestinal.

Why develop a blockage of blood vascular of the intestine

Long flowing disease in many cases lead to serious circulatory problems and education in the cavity of the vascular of blood clots - blood clots of different sizes, plugging the lumen and preventing power whole sections of the walls. 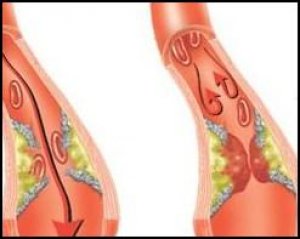 Thrombosis is arterial and venous. It develops in the upper and lower mesenteric artery, the upper division is suffering from blockage of the blood clots more frequently than the lower.

Of vascular disease progressing over the years and come to its finale, when patients reach an elderly or senile patients, patients with a diagnosis of mesenteric thrombosis does not happen of young people: this condition applies to category of age-related pathologies.

The heart and the gut: what's the connection?

Thrombosis of the mesenteric vascular is directly associated with heart disease: most often this condition is observed in patients with atrial fibrillation on the background:

Recent myocardial infarction, in which there is rupture of the heart muscle, accompanied by bleeding and formation of clot at the site of injury, may also cause development of thrombosis of mesentery.

The fact that the blood clots able to "travel" through the arteries and veins of the body, breaking away from sacrborough of the site. If the clot settles somewhere in the blood vascular of mesentery and not moving with blood on, they are clogging.

The result of the vessel wall around the clot are not only deprived of necessary food provided by the circulating blood, but may die off, which often leads to dire consequences.

Other causes of thrombosis

Almost any disease in which possible internal bleeding, can cause the formation and separation of blood clots, but because there are other reasonsthe development of thrombosis of the mesenteric vascular. 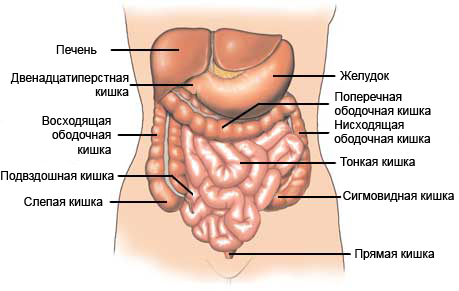 As the disease appears

The intensity of clinical manifestations and symptoms will depend on several factors:

So, if the blockage was subjected to the upper division of the inferior mesenteric artery, fully trombicula the small intestine and the right part of Tolstoy.

Occlusion (blockage) of the middle part of the artery leads to thrombosis of ileum and cecum. The development of the pathological process in the lower segment of the inferior mesenteric artery affects the colon and the sigmoid colon.

Necrosis of the small intestine is a result of thrombosis of the portal vein and upper mesenteric.

Clinically, the disease is divided into three stages:

Thrombosis of the vascular of the mesentery begins acutely:

These symptoms are very similar to a normal food poisoning, and therefore access to a doctor is often delayed.

When the vascular of the mesentery, under the pressure of the blood trying to push out a clot rupture, the stage of a heart attack.

Diarrhea is replaced by constipation, because the intestinal walls begin deep pathological changes in the stool, blood appears. Usually it does not happen much: for mesenteric thrombosis excessive bleeding is not typical.

If the blood accumulates in the bowel loops, patients may be palpable small seal below the navel, which in medicine is called Mondor's symptom.

Abdominal pain is so unbearable that develops a shock: the patient is very restless, can not find a place, screaming. Marked by severe pallor and cyanosis of the lips. Sometimes 40-60 units may increase blood pressure (in thrombosis of the upper division artery).

The rupture of the vessel brings temporaryrelief to the patient: the person calms down, as the intensity of pain is markedly reduced, however, vomiting and disorders of the chair remain.

The abdomen is moderately swollen and soft, the characteristic phenomena of peritonitis (muscle protection and symptom Shchetkina) is not marked. The diagnosis of mesenteric thrombosis bowel is placed on the basis of ultrasound data and changes in the blood picture, which are expressed in a sharp increase in the number of white blood cells: this figure can reach 40•109 /l. In the data the General analysis of blood is fixed with a shift leukocyte formula to the left and high numbers ESR.

The symptoms of peritonitis, thrombosis of the intestinal vascular are very peculiar: muscle tension anterior abdominal wall and the symptom Shchetkina late, and the inflammatory process starts from the bottom.

Developed paresis of the intestine will cause diarrhea and waste gases.

The treatment of mesenteric thrombosis can only be surgical, even if the disease is difficult to diagnose under ischemic area of the intestine wall.

Depending on the results of the survey to the patient can be offered:

Combined operation, which includes resection of the necrotised area of an intestine and plastic, significantly increases the chances of patients to life.

Unfortunately, the described vascular pathology of the intestine still has a very low survival rate of the patients even after surgical intervention in the postoperative period dies three quarters of patients.

This high mortality is due to the complexity of diagnosis of the disease and too late to appeal to specialists for hospitalization and treatment.

Patients, long suffering from diseases of the cardiovascular system should be especially attentive to their health: the tendency to blood clots and the risk of separation significantly increases the risk of serious complications and threat of death from them.

The occurrence of acute abdominal pain - a reason for immediate treatment, if necessary - and urgent hospitalization with the subsequent treatment.

Recommend, read also about what can result thrombosis of hepatic veins.