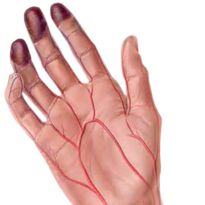 Buerger's disease is a pathology, which modern doctors still don't know everything - some of the mechanisms of its action has not been studied to this day. But, nevertheless, it is a dangerous disease that starts innocuously enough - you start to freeze and numb fingers on the limbs. In the end, if you don't exercise enough surgical treatment, it could lead to gangrene and even amputation.

Discovered the disease in 1879, the German doctor Winiwarter, and another doctor by the name burgher, in whose honor and named the pathology, did more accurate description. The disease is the scientific name of thromboangiitis obliterans.

Most often suffer from this problem men and it predominantly affects young smokers. The main essence of this disease is an inflammation of the arteries, which impedes blood flow and leads to the formation of blood clots. But not only vascular suffer in this case. Also, because of the restrictions on the delivery of nutrients, dissolved the surrounding tissue.

Worst of all, blood clots can lead to the fact that they will go to another part of the body, leading to death. This happens rarely, but this too can be, so it is best to capture the disease at the earliest stage.

There are various possible causes for the illness of the burgher, however, in all cases it was observed that it mainly affects only smokers, so the nicotine can be considered as the main problematic factor. 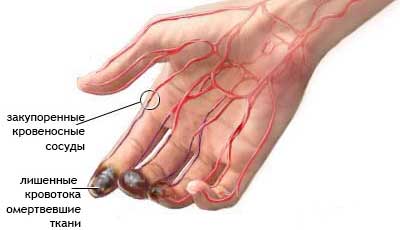 The core of the disease, whatever the factors of its development is thrombosis of the arterial and venous vascular of the lower and rarely the upper extremities, as well as acute pathological inflammation. Not all mechanisms of disease development at the moment adequately studied.

Nosome of the distinguishing features of the disease that would distinguish it from others. When it affects the small arteries, feet, and hands, begins the inflammatory process, manifested by venous and arterial blockage, overgrown connective tissue begins to compress the neurovascular bundle.

Manifested the characteristic pain. Further, the symptoms vary for each stage of the disease. It is worth remembering that it develops very quickly and occurs with exacerbations, so you can lose the affected limb, if not to start timely surgical treatment.

It is possible to identify four stages of the disease: 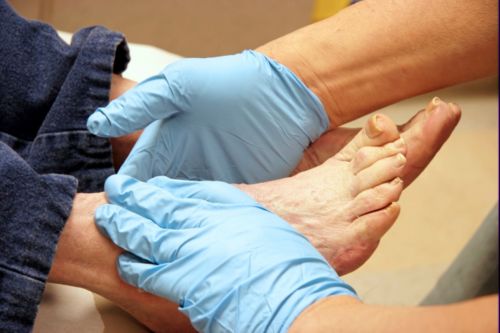 Some experts identify seven stages of disease - but the remaining three are only variations of the second, third and fourth stages.

Diagnosed Buerger's disease provided that the patient is less than forty-five years and he smokes and limbs he has ischemic symptoms - pain, swelling, lameness or sores. Since the disease is not a specifics, it is usually defined by exclusion of other diseases with similar symptoms: autoimmune disease, coagulation disorders, diabetes, and more. 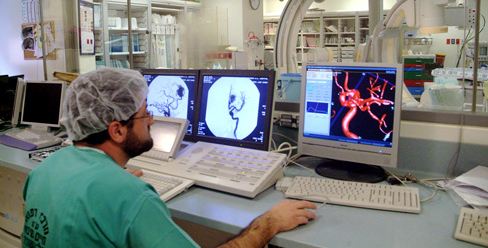 Also check the pulse at the extremities weakened or absent at all, the pressure is usually reduced. Do angiography, which should reveal narrowing of blood vascular, and Doppler ultrasound. If all the indicators say in favor of Burger disease, and other diseases are eliminated, the decision on the treatment of this disease.

Asit was noted that this disease only affects smokers, the only rational prevention will be abstinence from Smoking, preferably complete failure.

Currently there are no treatments that can you absolutely guarantee freedom from problems. According to statistics, more than one third of all patients get disability. But surgical treatment may reduce the chance of the negative outcome of the disease.

The first thing to do when a patient has Buerger's disease is to stop Smoking, to doing all we can to stop further development of the problem. The flow of nicotine can only provoke a worsening of the disease, making treatment less effective. You also need to make regular trips to develop collaterals vascular. Further treatment of individually for different stages of the disease.

First try to handle the problem with the conservative medicine is prescribed various drugs. They are, first and foremost, help fight spasms of the arteries - this is suitable nicotinic acid as well as drugs like palutena and andekalina.

If the above does not help, then it is imperative to resort to surgical treatment. Usually first is vascular surgery. Used bypass surgery creates a shunt to bypass the problem area), prosthetics, endarteriectomy (when the clogged portion of the artery removes the endothelial vessel) and stenting, when vascular are installed additional frame wall.

If the disease has progressed to necrosis of the fingers, by their amputation. With gangrene of toes or the whole foot is low, a partial amputation.