Home / Of vascular disease / Treatment and signs of pulmonary hypertension

Treatment and signs of pulmonary hypertension 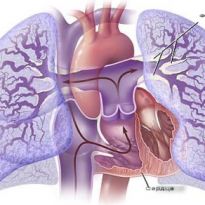 A pathological condition for which the inherent increase in pressure in the pulmonary artery, in medicine called pulmonary hypertension. Disease frequency takes the third place worldwide among the vascular diseases typical for the elderly.

Pulmonary hypertension may be a congenital anomaly, that is, primary or acquired, which is called the secondary.

The reason for the increase in pressure in the arteries of the lungs there may be the following factors:

In cases when the exact cause of hypertension install is not possible, the doctor makes a diagnosis of primary hypertension. As a painful condition of unknown origin, primary pulmonary hypertension can be provoked by different means of contraception or result from autoimmune disease.

Secondary pulmonary disease can be caused by abnormalities of the heart muscle, lungs or blood vascular.

Depending on the severity of the occurrence of the painful condition doctors have identified 4 classes of patients:

The main symptom of the disease is shortness of breath that has several specific features allowing to distinguish it from symptoms of other diseases: 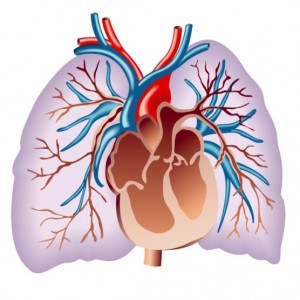 schematic structure of the blood vascular of the lungs

Other signs of pulmonary hypertension also characteristic of most patients:

Thus pulmonary hypertension, the symptoms of which are often not specific, is not always possible to establish the correct diagnosis without a range of surveys.

As a rule, patients come to physicians with complaints about the expressed shortness of breath that prevents them in real life. Because primary pulmonary hypertension has no specific symptoms, allowing the safe to make a diagnosis at the first visit of a physician, diagnosis should involve a cardiologist and a pulmonologist.

The complex procedures involved in the process of diagnosis includes the following methods:

Thus, pulmonary hypertension should be diagnosed only after a thorough comprehensive study of the condition of the vascular of the patient, to exclude the formulation of misdiagnosis.

The reason for going to the doctor

The patient should consult the doctor in case if it feels the following signs of illness:

In most cases of primary pulmonary hypertension is treatable. The main guidelines when choosing methods of treatment are:

In the appointment of treatment the doctor may prescribe the following medications: 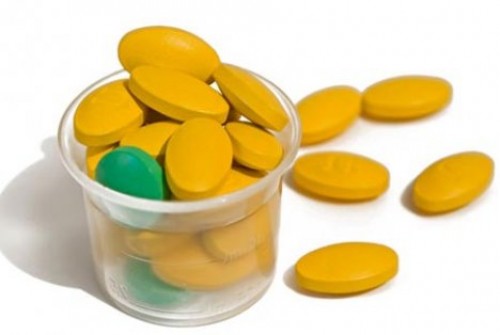 Among the negative consequences of disease can highlight the main:

As a rule, the disease significantly lowers the quality of life of the patient and in most cases leads to premature death.

In order for the risk of the disease was minimal, you must take the following actions:

Thus, the sooner a patient seeks the medical advice and the more carefully followed his instructions, the more chances you have to suspend the course of the disease and not move him to a more serious stage, is worse treatable.

We recommend you to read about what is pulmonary embolism.