Home / Of vascular disease / Nonspecific aortoarteritis (Takayasu's syndrome): guidelines for the diagnosis and treatment of diseases

Nonspecific aortoarteritis (Takayasu's syndrome): guidelines for the diagnosis and treatment of diseases 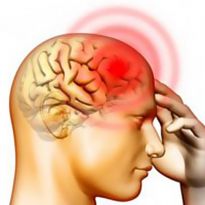 Occasionally the human body amaze strange ailments, the causes of which are not fully understood. A small percentage of girls and young women are at risk - they may face this disease as nonspecific aortoarteritis.

We are talking about systemic inflammatory disease, wearing a rheumatic character. The second name of the disease - Takayasu's syndrome.

The disease affects the aorta and its branches. Lining of blood vascular thicken, begins the destruction of the middle smooth muscle layer and its gradual replacement by connective tissue. The lumens of the vascular are filled with granulomas. The result - the formation of an aneurysm. What causes this disease, how to diagnose and treat?

The classification of Takayasu's syndrome

Before we deal with the symptoms of nonspecific aortoarteritis, let us consider its classification. There are four types of Takayasu's disease.

Own classification in 1990, invited researcher A. Spiridonov. In his opinion, there are five types of arteritis. The first (Takayasu's syndrome) affects arterial arch, the second (cider Denaria) the aorta, the third (Leriche's syndrome) - iliac artery and terminal abdominal Department. The fourth type is considered the combined fifth, pulmonary.

There are also successive stages of ischemia of aorta:

Scientists continue to argue about the causes of disease. For a long time it was believed that Takayasu's disease develops due to penetration into an organism of the Bacillus of Koch. This observation was confirmed by a high percentage of disease aortoarteritis those who previously treated for tuberculosis. Some doctors suggested a connection arteritis with rheumatic fever and by typhus.

Now dominates the view, according to which Takayasu's disease belongs to autoimmune diseases. The reason - a kind ofthe body's response to external and internal stimuli, including professional and household allergens, unfavorable environmental conditions.

Most often nonspecific aortoarteritis fear is observed in South America and Asia. The most susceptible to the disease Puerto Ricans.

The symptoms are nonspecific aortoarteritis 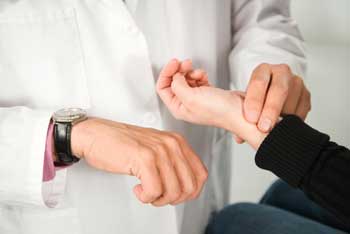 To identify symptoms of diseases in house conditions (and the clinic) is extremely difficult. Typical signs include disturbances of heart rate (absence or asymmetry), the difference is HELL on two hands, aortic extraneous noise, occlusion and aortic stenosis.

Patients complain of pain in the hands and weakness, they barely tolerate exercise. Pain can occur in the left-hand shoulder, neck or chest.

Sometimes Takayasu's arteritis affects the optic nerve. In this case you fix the double vision, unilateral blindness, occlusion of the retina. The vascular lesions may lead to myocarditis, myocardial infarction, dysfunction of the coronary circulation.

Localization of pathology in the abdomen, fraught with renal artery thrombosis and leg pain. Inflammation of the pulmonary artery leads to chest pain and shortness of breath. When the articular syndrome is migratory arthritis or arthralgia.

The vascular narrowing of the lumen triggers the development of hypertension. This disease practically is not corrected known drugs. For the Takayasu's syndrome is divided into chronic and acute stages. Chronic stage covers the period of 6-8 years and is characterized by a stable set of symptoms that accurately diagnose the problem.

But the signs of the acute phase:

There is also a set of symptoms that should alert you at the beginning of the development of pathology. Headaches and chronic muscle fatigue - alarm bells. Also pay attention to impaired memory and joint pains. Finding one of these symptoms, contact your doctor immediately.

Diagnostic pathology hampered by its rarity and the presence of accompanying "masking" of ailments. With the defeat of the brain and lungs to identify the syndrome it becomes even harder. The doctor prescribes a comprehensive examination, which may take several weeks.

Final diagnosis is made only when the presence of the following signs:

As you can see, requires prolonged observation of a patient's condition. Play the role of instrumental and biochemical studies, and medical history. Early observations put the preliminary diagnosis.

Then appointed to a number of additional studies:

Treatment of the disease

There are several factors influencing the treatment of nonspecific aortoarteritis. It is the severity of ischemic disorders, the condition of internal organs and stage of disease.

Among the objectives of conservative therapy highlight the treatment of ischemic complications, normalization of hemodynamics and activation of the immune process, correction of heart failure and hypertension. Doctors try to relieve inflammation and to normalize blood pressure.

The key drug in the drug therapy of Takayasu's syndrome is "Prednisolone". This tool successfully grapple with the acute clinical manifestations of the disease.

Dose set individually, so you should not self-medicate.

After reaching a stable remission, you can re-consult with your doctor and stop taking "Prednisone".

If the drug is ineffective (it happens) the process connects Methotrexate - anticancer substance, aimed at the suppression of DNA synthesis. Also practiced methods of extracorporal hemocorrectionknown under the term "gravitational surgery of blood."

This complex procedure is indicated when systemic disturbances in the body. When ischemia affects the brain, doctors have to go for surgery - bypass aortic area.

Things to remember about disease Takayasu

If you have been diagnosed with Takayasu's disease, should think about preventive measures. In particular, to reduce the risk of vascular atherosclerosis is recommended to use blood-thinning drugs (in combination with acetylsalicylic acid).

The main problem of treatment is the prevention of hypertension. Constriction of blood flow also does not portend anything good - the resulting ischemia will inevitably lead to dysfunction of the affected organ.

Having had nonspecific aortoarteritis, prepare for long-term therapy and strict implementation of medical prescriptions. There is a risk of progression of cardiovascular complications - many of them end up with a heart attack.

To completely cure the disease, you can not, but remission is recognised as an important progress. Pass regular examinations to detect the problem at an early stage. Take care of yourself!