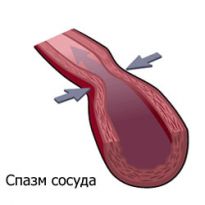 Vasospasm or spasm of the blood vascular is a narrowing of arteries due to excess prolonged-reduction walls. A spasm is temporary - up to 20 minutes, but the consequences in this case can carry a heavy character.

The mechanism of disorders

Electrochemical basis of the spasm is reduced to the disorder of the transport of metal ions - sodium, potassium and calcium. The lack of sodium and potassium leads to indiscriminate smooth muscle contraction, and an influx of calcium ions promotes spasserovannye walls and does not reduce muscle tone.

The vasospasm of the vascular has a local character, usually in the area of inflammation, thrombus, aneurysm, and does not apply to all the line of the arterioles. However, as a result of the flow constriction section of the tissues in the area of spazmirovannah doesn't receive oxygen and nutrition in sufficient quantity. The frequent repetition of such phenomena develops ischemia.

The spasm can be physiological and pathological.

The narrowing of the lumen of a blood vessel is one of the protective mechanisms of the body. With open injuries and wounds spasm of the arteries reduces blood loss. Upon cooling bleeding the periphery reduces heat loss and allows focus on serving a more important internal organs. 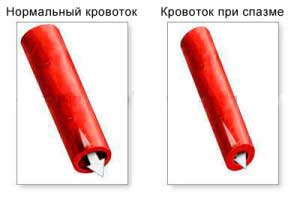 In stressful situations - danger, constriction of the arterioles allows to increase blood pressure. In this case, the blood is thrown adrenaline, mobilizing all forces of the body for the upcoming fight.

Pathology called excessive reaction to an irritant, not commensurate with the degree of irritation. If the normal cooling of the warm air quickly causes vasodilation, pathological spasm with the same outward signs - white "alabaster" skin, bruising, reduction in skin temperature may occur at any time and with temperature and is poorly connected.

Vasospasm appears to be the first stage of disorders in the cardiovascular system. Ignore the signs, unfortunately, happens quite often: spasserovannye short and because it seems harmless.

In fact, the periodic "starvation" of the tissues ends in tears:

Depending on the localization of the zone there are several types of vasospasm:

The clinical picture associated with semirounded body and manifests itself as a lack of functionality.

The mechanism of the disease has not been studied. Besides it is not identical for different vascular regions. 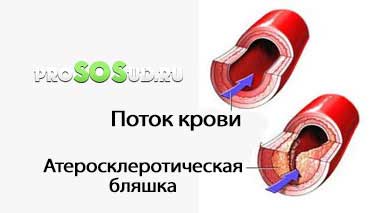 Unclear the cause of the pathological vasospasm, although there are a few factors contributing to the development of the disease:

Description of the symptoms 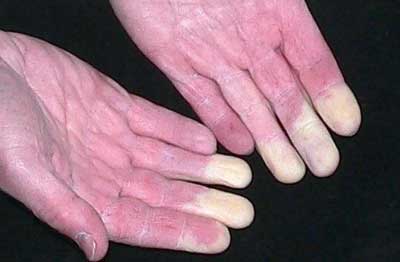 The external manifestation of the disease is more pronounced if associated with a constriction of the capillaries. In this case, the affected area takes on an alabaster-white color. Spasms of the major blood vascular visible only on the deterioration of functionality.

Self-treatment is excluded. Vasospasm in the majority of cases are related to some other illness and are not so much separate disease, how much accompanying. Without a thorough examination and diagnosis to get rid of the disease will fail.

Possible, used conservative treatment. It consists in the following:

It should be noted that in the treatment of all ailments related to the circulatory system is of great importance the participation of the patient.

Enough physical activity, the use of physiological procedures, electrophoresis, ozokeritnye applications, hydrogen sulfide baths are not just beneficial to the state, but also significantly help to medication.

The secret is very simple: movement stimulates blood circulation, and the possibility of the risk of cramps is significantly reduced.

Drugs are assigned according to the localization of the disease. So, in cases of cerebral vasospasm used antispasmodic drugs - no-Spa, papaverine, spastic coronary nitroglycerin. To relieve symptoms prescribe drugs that are calcium channel blockers - verapamil, thus preventing the influx of calcium ions to the cell walls.

Surgical intervention is performed with the ineffectiveness of conservative.