Treatment of atherosclerosis of the vessels of the legs 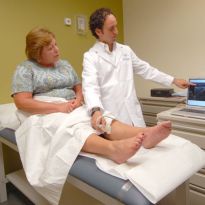 Periodically each of us feels mild pain in the legs, but usually do not pay attention to her any attention. And we do it absolutely in vain, after all speech can go not about fatigue or General malaise, and of serious illness. One of them is atherosclerosis of the lower extremities, the most common pathology that develops in adulthood is around 65-70 years.

What lies beneath this disease?

Under the atherosclerosis of the legs mean a disease in which there is a number of changes - a violation of the passage of blood through the peripheral vascular, the occurrence of trophic tissue, etc. most Often, the atherosclerosis affects the large arteries of the abdominal and thoracic cavity. This is what leads to pathological changes in popliteal, tibial and femoral arteries, the lumen of which is reduced by more than 50-55%.

The disease can take more than ten years, during which she will quietly sit inside.

Experts distinguish several stages of development of pathology of vascular of the legs. First - preclinical - is accompanied by a strong violation of lipid metabolism (lipidoses). Pain in the lower extremities are, but they occur only after walking long distances and strenuous exercise. 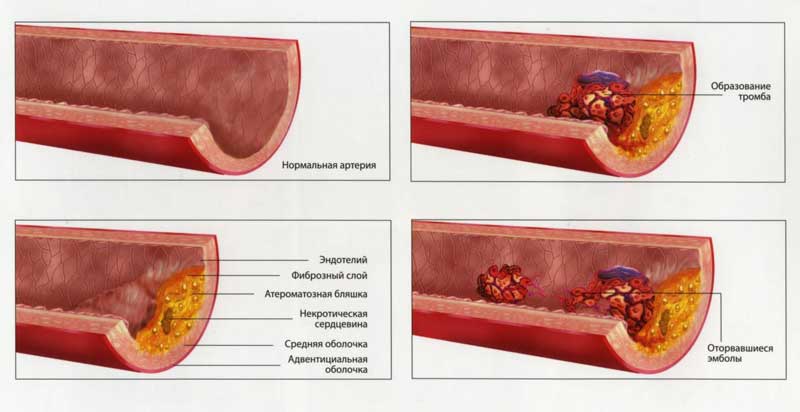 Normal vascular, and prone to disease

In the second stage begin to be felt the first signs of atherosclerosis legs hurt after the passage of 250-1000 m. the Third period (critical ischemia) is characterized by pronounced symptoms of the disease. Pain syndrome appears after 50 m of walking path. Well, on the last (fourth) stage, the skin of the feet striking trophic ulcers, necrosis (blackened skin) and gangrene, and severe discomfort in the legs occurs even at rest, including at night.

It is important!!!! If atherosclerosis of the lower limbs treatment is not started even at this stage, the case could end up with gangrene with amputation of feet.

The factors provoking development of this disease can be very different. We managed to put together the main reasons: 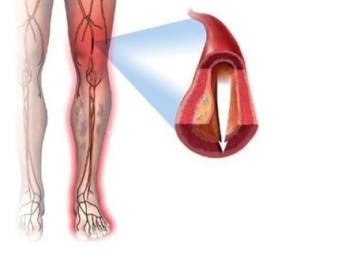 As we already mentioned, atherosclerosis of vascular of lower extremities for a long time does not manifest itself, and then immediately there are a number of serious problems. Is there not a single sign, through which it would be possible to recognize the beginning disease? Of course, there is. They are all in front of you:

Timely and correct diagnosis of atherosclerosis of vascular of lower extremities plays an important role, because it can help to learn about the causes of disease and prescribe the correct treatment. In the hospital you must hold the next consultations and procedures: 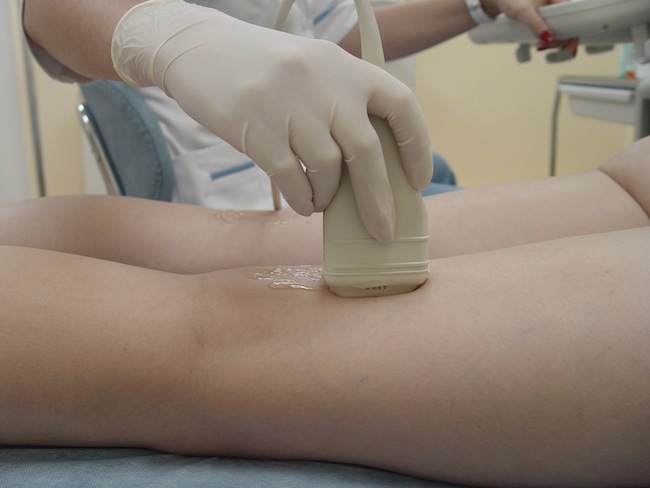 Also, doctors have noted the presence or absence of trophic disorders on the legs, establish the patency of the vascular with a DS and a Doppler ultrasound and listen systolic murmur over the stenotic arteries.

Not be amiss to hold another little test. The patient should raise the legs in the supine position at 45 degrees. The knees to bend the impossible. During the procedure, noted the rate of appearance of pallor on the soles of the feet and General fatigue of the feet.

The treatment of this severe and dangerous disease depends on the severity and complexity of symptoms. It can be both folk and traditional. Will discuss the details of each of them.

If you want to create positive change in the fight againstarteriosclerosis of the legs, prepare yourself for the strict implementation of the recommendations of the experts: 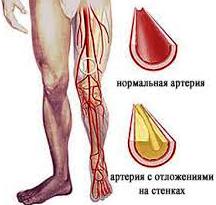 Treatment of atherosclerosis of the lower extremities includes the range of drugs and procedures. To appoint only by a qualified doctor, so it's necessarily visit the hospital.

What can be done to cure this disease?

Surgery is the last measure in the treatment of atherosclerosis of the lower extremities. As a rule, the operation is prescribed for pronounced ischemia and the occurrence of very severe complications.

In this case we will focus on such procedures:

An unconventional approach to the treatment of atherosclerosis of vascular of lower extremities is the place to be, but in this case you will need the advice of experienced professionals. As for recipes, here is the most effective and popular options.

If desired, the composition could be slightly different:

Atherosclerosis of the legs is a serious and very dangerous illness that requires urgent and skilled response. Only in this case, we can hope, if not absolute recovery, at least for a significant improvement in health.

Prevention of atherosclerosis the best means of combating it.