Home / Of vascular disease / Treatment and classification of hypertension

Treatment and classification of hypertension 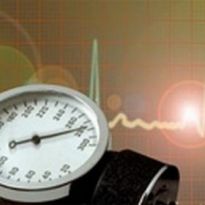 Recurrent or persistent deterioration of well-being, manifested in headaches, fatigue, dizziness is a definite reason to suspect yourself high blood pressure (hypertension). What is hypertension - classification, symptoms, treatment and ways of its prevention are proposed for consideration in this article.

Healthy vascular to adequately respond to stress (anxiety, emotional stress, weather extremes), because their walls retain the normal tone and rapidly adjusting to the environment.

Loss of elasticity of the walls, a long spasm of arterioles (small arteries), hormonal changes lead to the dysregulation of vascular tone. So begins the development of hypertension - a serious pathology that can lead to gross changes in the brain and internal organs, and in the future - to the early loss of working capability.

At any of the stages can occur in hypertensive crises - sudden increase of pressure, which requires special measures of relief. The higher the stage of hypertension, the longer and more difficult crises occur, the more serious the consequences might be: often sudden HELL lead to strokes and heart attacks.

Usually the development of hypertension occurs over many years, however, there is also a special form of hypertension - malignant, when the disease is quickly passes all three stages comes the final - a massive stroke or heart attack ending in death.

Classification of hypertension by origin

Classification of hypertension is not only in severity but also by origin: there are primary and secondary hypertension.

Primary (essential) hypertension actually hypertension that occurs as an isolated pathology, when there is no disease of other organs and systems of regulators of vascular tone.

Secondary hypertension is a symptom of the pathology of the organs involved in the regulation of vascular tone. They decided to include kidney, nervous and endocrine systems.

The causes of essential hypertension

Essential hypertension occurs more often under the influence of hereditary factors and lifestyle. People whose close relatives have noted periodic, or permanent increase in blood pressure, more likely to get the same problem to the averageage.

Bad habits and too stressful pace of life associated with high responsibility and excessive stress, also the causes of the gradual development of primary hypertension.

Secondary hypertension is also called symptomatic, because it never develops on the background of complete health: among its causes severe chromosomal abnormalities, endocrine and neurological disease, some kidney disease. On the basis of existing causal relationships, experts and established their classification.

Kidney disease is most often cause hypertension as due to infectious and autoimmune processes increases the permeability of vascular walls, their tone.

Hypertension is a common symptom of such renal diseases:

Many congenital or acquired diseases of the endocrine system can have as one of the symptoms of hypertensive heart disease.

Diseases of the cardiovascular system, which affect vascular permeability also occur with elevated blood pressure. These include:

Neurological and respiratory diseases high blood pressure is one of the most frequent and prominent symptoms. Persistent hypertension occurs in patients with the following pathologies:

Gettingon the treatment of certain hormonal disorders, psychiatric and infectious diseases, patients have to take drugs, one side effect which is the increase in blood pressure.

Hypertension may develop in patients receiving the following medications:

All these drugs are taken under the supervision of AD. If there are complaints and fixed pressure rise, the dose is adjusted, or the medication is canceled altogether.

In healthy pregnant women blood pressure should remain normal throughout pregnancy. However, towards the end (since 20 weeks) some women develop late preeclampsia - toxemia caused by vasospasm.

Vasospasm entails a persistent increase in blood pressure, swelling, in severe cases, uncontrollable vomiting, dehydration, seizures. High blood pressure is fraught with stroke, so it is a threat to life and mother and child.

Pregnant women need to constantly monitor your AD and increasing to immediately inform the doctor who will conduct a survey and prescribe treatment with regard to the development of pregnancy to preserve the health of the woman and her baby.

Guilty when eating and drinking

Diet can also be one of the factors influencing the development of hypertension. Too sweet, spicy, fatty and salty food, smoked food, strong drinks cause thirst.

Excess fluid in the body puts a heavy load on blood vascular and heart: they have to pump a lot of "extra" blood. The people who mark themselves racing HELL need not only to be examined by a specialists, but also to revise its system of power, excluding or significantly limiting the following foods and drinks: 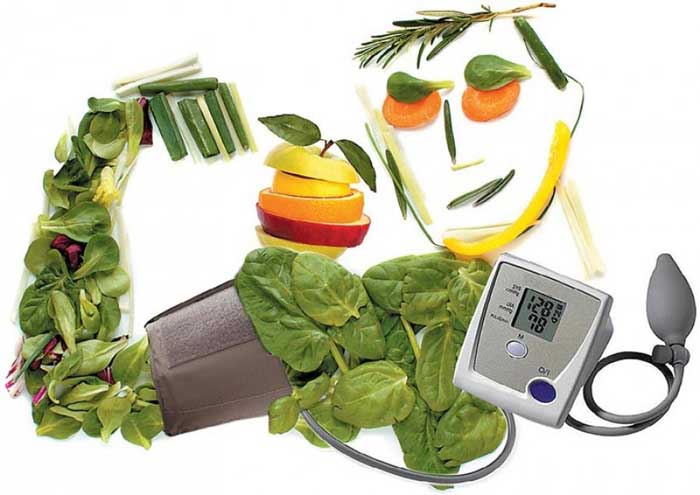 Replace the above foods on a diet (steamed, boiled, lean) will significantly reduce the risk of aggravating hypertension.

The symptoms of hypertension

Depending on the stage or reasonthe occurrence of hypertension its symptoms can have different levels of intensity, from short-lived and quickly pass, even without treatment, deterioration of health to severe multi-day crises.

So we called a few typical manifestations, for which it is necessary to pay attention, not trying to explain bad feeling fatigue.

There may also be nosebleeds, nausea, a feeling of fear.

How not to miss the beginning of hypertension?

The best way time to take control of hypertension is 18-20 years to make a habit at least once or twice a week to measure blood pressure.

Headache should not "wash down" pain pills: many of the popular drugs contain caffeine, which causes an increase in pressure. Headache - first measure the pressure. Perhaps the cause of the illness - in the beginning of hypertension. 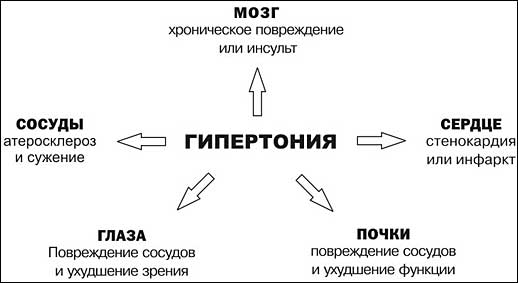 Do not ignore the costs of treatment (examination). Doctors say that many people are aware that they have hypertension, during these surveys.

A moderate lifestyle with no bad habits - if not a guarantee, it is a good way to minimize the negative consequences of vascular disorders, so just give up some things in my life to stay healthy and vigorous.

Strong emotions (especially negative) drain on the nervous system, make vascular vulnerable. Do not be angry, not irritated, possibly keep calm in peak situations and your blood vascular will reward you for the careful treatment of them in excellent health.