The symptoms and treatment of vegetative vascular dystonia 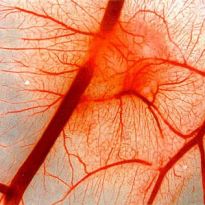 There are conditions that are hard to classified as a full-fledged diseases, because on closer examination, the patients are not detected by any major deviations in the work of those or other bodies: there are only complaints on periodically deteriorating health. To such conditions applies vegetative vascular dystonia - a complex of symptoms indicating disorders of the autonomic nervous system.

Why is there a VSD

The activity is controlled by a special mechanism - the autonomic nervous system, which is a complex of cellular structures.

While the autonomic nervous system is functioning properly, the person feels healthy. 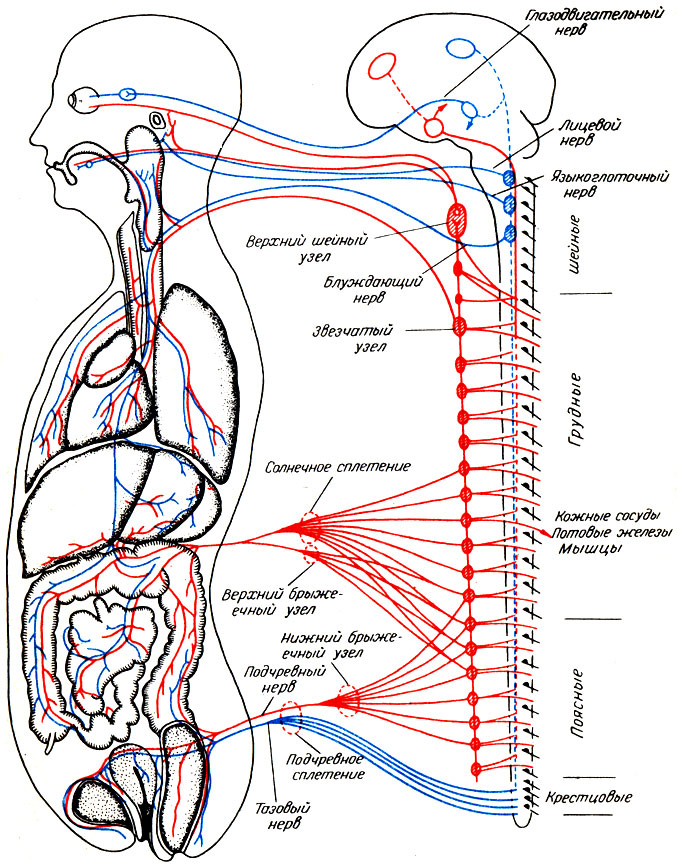 Under the influence of various negative factors its adaptive capabilities and the ability to regulate the vital processes are reduced.

Such factors may include:

In addition, in different periods of life the human body is undergoing serious hormonal restructuring - for example, in the transition from childhood to adolescence. In women during pregnancy and after childbirth and in the period preceding the menopause and during the menopause these transitions are often accompanied by a temporary vegetative disorders, which disappear with the stabilization of hormonal levels.

When VSD is a symptom

Manifestations of vegetative vascular dystonia is often accompanied by diseases of the bone apparatus, for focal infections, metabolic diseases, as well as occupational diseases, injuries to the head.

VSD is one of the symptoms of such diseases:

In these cases, isolated treatment of VSD is meaningless: symptoms ease or disappear as a result of therapy of the underlying disease.

VSD: its course and symptoms

The options manifestationsdystonia is extremely diverse: it depends not only on the root causes, but also the types of autonomic disorders.

The sympathicotonia is characterized by irritability, palpitations, of breath, increased blood pressure. These people observed tearing, observed dryness of the skin and coldness of extremities. By nature they are energetic, proactive, able to withstand considerable physical and psychoemotional load. 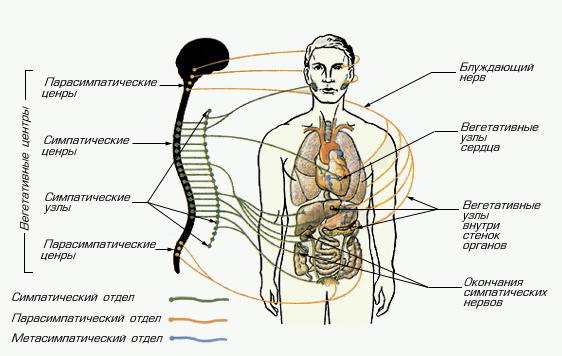 The vagotonia - the phenomenon is opposite: vagotonics observed slowing of the heart rate and respiration, sweating, low BP. They are characterized by slowness, suspiciousness, suggestibility. These people are phlegmatic, prone to depression, physically weak, prone to fainting.

Depending on the type of disorder type is formed, through which flows the IRR:

However, this division is very conditional: pure types of flow VSD are rare. Often professionals have to deal with a mixed variant of development of dystonia. 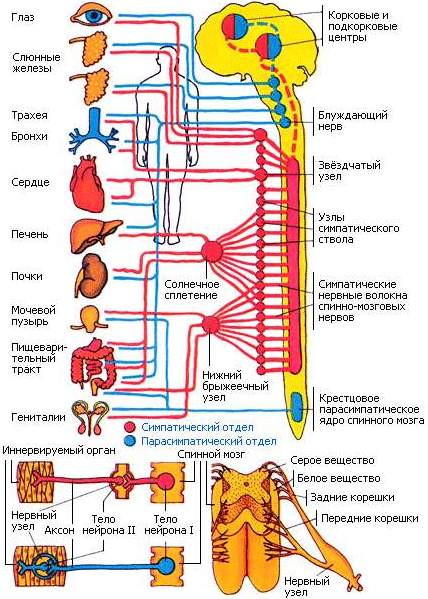 Symptoms of VSD on hypertonic type

VSD on hypertonic type observed in sympathicotonia. The symptoms reflect the turbulent nature of these people:

The symptoms of VSD on hypotonic type

VSD on hypotonic tyre is characterized by the following features:

The symptoms of VSD on the mixed type

The name itself means that patients with symptoms often alternate: high blood pressure may be replaced by low, and the lethargy and drowsiness irritability.

Not the last role in the occurrence of seizures VSD on any type of plays and dramatic change in the weather, because distance have high meteosensitivity. This is associated with reduced adaptive capacity, their autonomic nervous system that do not allow vascular to respond flexibly to temperature changes and changes in atmospheric pressure.

So diverse flows of vegetative vascular dystonia - the signs can vary, depending on temperament, lifestyle and circumstances.

Important: to determine, ESP if this is impossible - it requires careful examination to rule out diseases with similar symptoms.

VSD - a condition that cannot be called constant: in General, a person feels well, but at certain points in his health deteriorates. Such deterioration is called autonomic crises can be triggered by personal experiences, result from excessive exercise, alcohol and nicotine intoxication. Sometimes a crisis occurs and for no apparent reason.

A more modern name for this condition is panic attack or sympathoadrenal crisis. 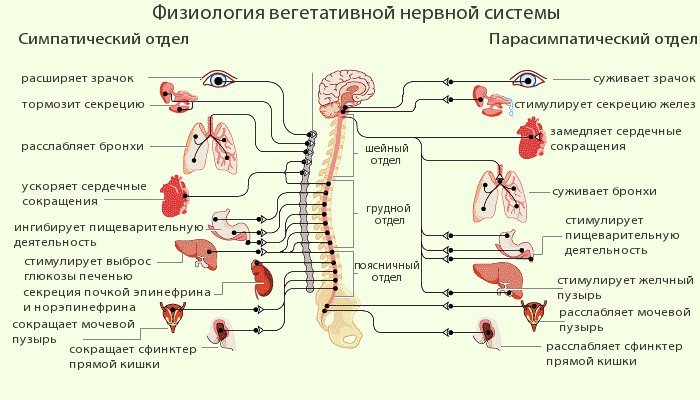 Manifestations of vegetative vascular dystonia during crises has always been particularly strong and therefore hard for transferred patients, imposing an imprint on their lives.

What happens to a person when it is overtaken by a panic attack? All sensations, familiar from the earlier prior to the attacks VSD, multiplied.

However, the most frightening feeling when panic attack - the fear of death. People do not understand what was happening to him, so it seems that even quite a bit - and he will die.

The fear intensifies when the person is alone. An attack may last from several seconds to several hours, with short breaks.

Panic attacks are very painful, but death will never end, however, the expectation of a repetition of the experience has a detrimental effect on the psyche and starts the cycle where sympathoadrenal crises start to occur more and more often.

How to deal with bouts of VSD

No matter what combinations may occur manifestations of ESP, they prevent people to live a normal life. However, this condition can be successfully adjusted in advance taking appropriate action:

Dystonia - the condition is unpleasant, but a systematic approach is quite controlled. Understanding this and taking care of their own health - the key to recovery.