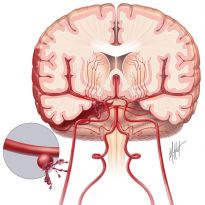 Subarachnoid hemorrhage is a disease with acute dysfunction from the cerebral circulation. When it appears in the human body is an extravasation of blood in the area of subarachnoid space. This space is a slit-shaped, located between the two membranes - the soft and arachnoid.

Subarachnoid hemorrhage, as with any other disease, is usually accompanied by a number of manifestations that distinguish it from any other syndrome.

The main ones are the following symptoms:

But this is not all the symptoms of the disease, there are many symptoms associated with the implementation of the main functions from the cerebral cortex, as well as with the work of the cranial nerves. Among them include strabismus, deviation of the correctness of speech and the usual sensitivity of the skin.

The difference of this disease is that the pain appear suddenly in good health. In some cases, immediately before the hemorrhage, the aneurysm is compressed nerve, leading to disruption in daily circulation.

For this reason, a few weeks or days before the release of blood patients have symptoms such as pain in the head and eyes, double vision, etc. But all these symptoms do not allow to predict the further outcome. 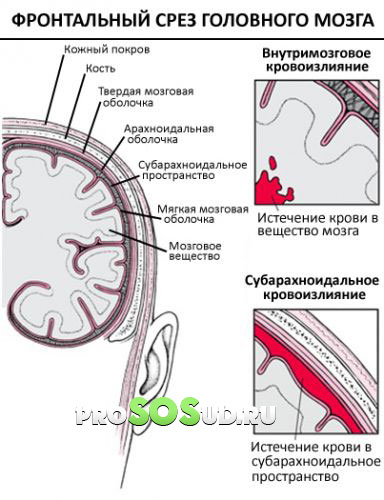 After some time going on, and subarachnoid hemorrhage. It may be accompanied by factors that cause an increase in blood pressure (emotions, cough, exertion), or to advance without them. Increased headache occurs at any movement, and symptoms such as nausea, and even vomiting appear immediately.

Very rarely upon the occurrence of hemorrhage noted paralysis of eye movements, as well as disorders of the psyche. In 25% of cases unilateral paralysis of the body.

The causes of hemorrhage

Subarachnoid hemorrhage has many with its appearance factors. Causes itthe appearance of rupture of the aneurysm, which is located within the brain, resulting in the formation of a hematoma between the arachnoid and soft shells. But to lead to such a phenomenon in the body can and a few other reasons: 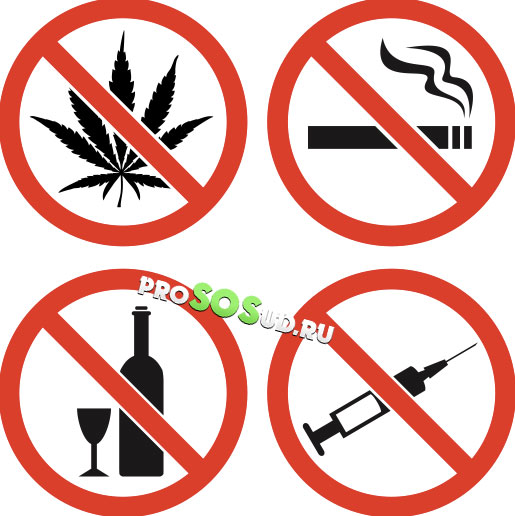 In addition to these reasons, which can cause subarachnoid hemorrhage, there are people who, because of their habits or Hobbies are at risk.

Among the smokers, people who often drink alcohol, and suffering such a disease, like hypertension, without following the right treatment.

In risk group includes pregnant women receiving contraceptives without prior examination and consultation with a doctor.

Subarachnoid hemorrhage can manifest itself in several forms, which are determined by the factors for its occurrence. On the basis of the reasons there are such types of the disease:

The basis of classification of disease you can choose the level of severity regarding the condition of the victim:

To establish a diagnosis like subarachnoid hemorrhage can be the result of the analysis of the patient's complaints and anamnesis of the disease itself.

For this it is necessary to clarify the following questions:

After this survey, where it is possible to determine the primary symptoms, is a neurological examination. It includes assessment of consciousness (its presence and level) and identification of any neurological dysfunction. The analysis of blood will help determine the presence of signs of disturbances in blood clotting.

As diagnostics can be performed lumbar puncture. This puncture, which is done in the spinal cord, specifically in its subarachnoid space, with the aim of obtaining a few milligrams of liquor. Due to the fact that the subarachnoid space as spinal cord and brain related to each other, it is possible to find the remains of the blood after its outpouring. 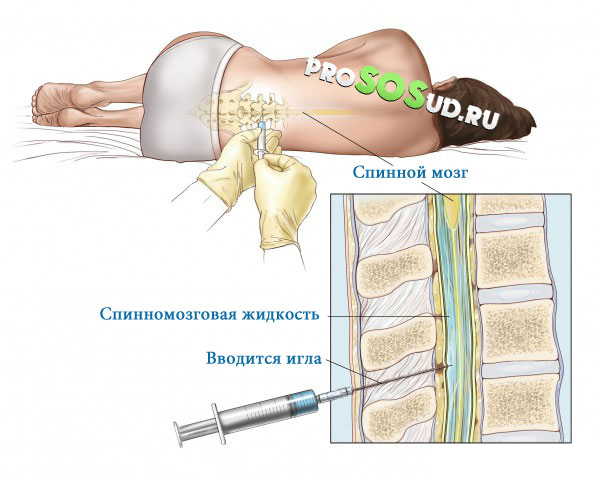 If you suspect this disease often patients are assigned computed tomography, and magnetic resonance imaging. They provide insight into the structure of each layer of the brain, which helps to determine the site of hemorrhage, but also its volume.

Echo-encephalography will help to know about the presence of bias of the brain, and also assess it in relation to the bones of the skull.

In addition to the above methods of diagnosing, can also be used transcranial Doppler and magnetic resonance angiography.

Treatment of subarachnoid hemorrhage is a range of appropriate and effective methods:

Any action taken to treat the disease, addressing its causes and consequences, as well as the maintenance of the vital functions. These include control of hemodynamics, reduction of cerebral edema, and prevention, which aims to prevent any adverse events, and the development of disorders of other systems and organs.

Regardless of whether the patient received non-traumatic form of subarachnoid hemorrhage or traumatic, it has inevitable consequences for human health. Among them worth mentioning the possibility of occurrence of neurological defects with persistent symptoms. This may be weakness in the limbs and increase in their muscle tone. Often, the development of slurred speech. Such changes have consequences in the form of disability.

Subarachnoid hemorrhage can cause the effect of "delayed" heart attacks on the part of the brain. This is due to the emergence and further development of vasospasm.

Vasospasm is a narrowing of the arteries due to the penetration of blood on the surface of the membranes of the brain, leading even to necrosis of its tissue.

The consequences of the disease can manifest in the form of death. But that only happens if you have a large volume of hemorrhage in combination with the prolonged spasm of the cerebral arteries.

The symptoms, as well as the effects of hemorrhage of the brain this type are not fleeting or having mild symptoms. So instead of treating the disease, it is always better to prevent it.

It is necessary to regularly take the following actions:

Given the fact that this disease causes death in 30-80% of cases, the percentage of which increases in the group of people who are regular intake of alcohol, should give preference to preventive measures rather than treatment.

Statistics say that about 20% of the people who remained alive after subarachnoid hemorrhage, have some form of disability, not enabling them to live as before. Therefore, established and healthy lifestyle, moderate physical activity and continuous health monitoring can help avoid not only this disease but many others.