Home / The vessels of the brain / Hypertensive encephalopathy of the brain: causes, symptoms, treatment 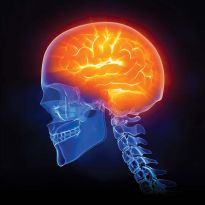 You can often hear the recommendation to monitor blood pressure, to prevent his rise to high numbers. However, many are careless with their health, especially if the AD is not shown bright signs. However, it can be dangerous complications e.g. hypertensive encephalopathy. This is a dangerous complication which requires mandatory urgent assistance.

Hypertensive encephalopathy - what is it

The term encephalopathy refers to a brain disease is not inflammatory in nature, which lead to the violation of its functions to a different extent. Hypertensive encephalopathy is a complication of chronic hypertension. The immediate cause can be:

Especially dangerous acute hypertensive encephalopathy, which develops as a result of a hypertensive crisis. In this case, perhaps the damage of brain tissue and dysfunction of many organs. However, the consequences of this problem is completely reversible with timely assistance. 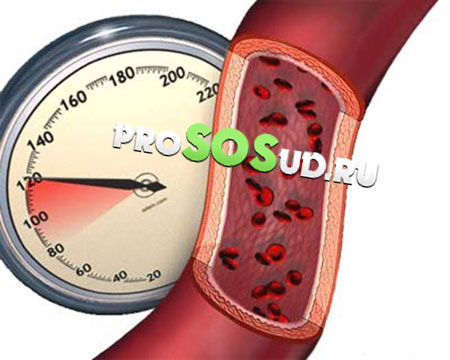 The main reason is the increase in pressure to the critical numbers. Why blood pressure rises? This also has its reasons, which can be divided into two groups: congenital and acquired.

Represent congenital peculiarities or defects of the vascular system, for example, weakness of the vascular wall of the aneurysm. Acquired causes are the factors that affect the body in different degrees and lead to spasm of blood vascular of the brain, or ischemia.

As a result of congenital or acquired problems in blood pressure can be continuously increased or climb in leaps and bounds. Both options can be dangerous from the point of view of development of hypertensive encephalopathy.

Although each person has his own threshold of regulation of cerebral blood flow, dangerous is the situation when AD is systematically raised up to 165/95, because the risk of this complication becomes four times higher.

Signs and symptoms of hypertensive encephalopathy

Despite the fact that hypertension is a risk factor, encephalopathy develops in people not so often. The fact that a chronic increase in blood pressure in many cases leads to adaptation of brain vascular.

Much more dangerous than a sharp pressure fluctuations. So often this complication, especially of acute hypertensive encephalopathy develops in patients of young age. 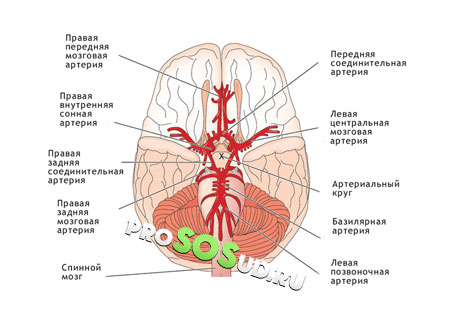 This can be pregnant with eclampsia, children with glomerulonephritis, the men of 40-45 years, abuse of alcohol, drugs. Perhaps the development of hypertensive encephalopathy in patients receiving drugs that increase the amount of stimulating hormones in the blood, especially in overdose.

Symptoms of encephalopathy manifest themselves gradually, they can grow in the next two days. It helps to distinguish encephalopathy from a stroke, because the symptoms are similar, but the stroke is developing very quickly, even suddenly.

If I have a color blindness, decreased sharpness of vision, there was unilateral loss of vision, then you need to go to the doctor, as these symptoms may indicate encephalopathy.

If treatment is started immediately, then the further development of the symptoms does not happens and the brain is fully restored. If you do not provide timely help, the problem is exacerbated, there are neurological symptoms, and further possible convulsions, coma, and death.

The symptoms may be accompanied by feelings of fear or increased anxiety. Despite the severe symptoms of encephalopathy, a distinctive feature of this disorder - the complete reversibility of the changes in most cases.

Perhaps a full recovery, if you are able to lower blood pressure to the point when you are developing swelling of the brain severe and causes a wedging of the cerebellum in the occipital hole of the skull.

The diagnosis is made based on the nature of symptoms, medical history, examination of patient and surveys that differencebut encephalopathy other diseases with similar symptoms. It is necessary to exclude stroke, brain tumors and some other diseases. To confirm the diagnosis, do encephalography, MRI, computed tomography.

Person with symptoms of acute hypertensive encephalopathy needpossible to be hospitalized. It is important to make it in time, after all, threatened his life. Required intensive therapy.

General recommendation on urgent measures is the pressure decrease to normal values. However, its rapid reduction is recommended for patients who are not suffering from chronic hypertension.

If chronically elevated pressure, especially if it's an elderly person, to reduce the blood pressure parameters need gradually, by about 25% during the first hour of therapy. More drastic measures can worsen the condition and aggravate the manifestation of neurological symptoms.

Most often for the treatment of hypertensive encephalopathy using sodium nitroprusside. This drug has an almost immediate effect, while rapidly excreted from the body. However, its application is possible only under the condition of continuous monitoring of the blood pressure of the patient. If the pressure lowering is not possible, then perhaps the development of complications that threaten death.

In addition to lowering pressure, that is, addressing the root cause of the encephalopathy, anticonvulsant treatment is necessary, pain relievers. To overcome the problems with brain dysfunction need a nootropic drugs. In some cases, when the treatment was started immediately, you may need restorative procedures.