Home / The vessels of the brain / Recovery after stroke 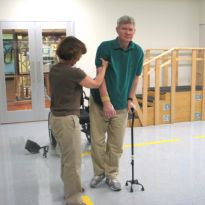 The family is in trouble: one of your relatives suffered a stroke. The doctors did everything in their power to prevent a person's death, but the recovery he is still a very long way since the recovery of the body after the vascular accident requires more effort and more time.

A whole set of measures which should help the patient fully or at least partially regain the lost strength, the ability to walk, talk and think.

Rehabilitation after a stroke includes:

A bit on the stroke

A brain stem stroke is a vascular accident caused by a blockage or rupture of the vessel. When blockage of the separate parts of the brain stops receiving food, beskrivas and because of this, experiencing oxygen deprivation. This type of stroke is called ischemic.

If there is a rupture of a vessel of the brain that leaked blood accumulates in the tissues, resulting in a massive loss of neurons. This is called hemorrhagic stroke and is considered a more severe form of the disease.

Rehabilitation after ischemic stroke is easier and faster than after a hemorrhagic.

The timing and purpose of rehabilitation

The main rule is: rehabilitation after any of the forms of vascular catastrophes should be initiated as early as possible. This primarily means that suffered from a stroke in the brain of the person should be immediately hospitalized as an emergency therapy is already not that other, as the first stage in the restoration of blood flow, memory, motor and speech skills.

On the post-hospital stage, medical therapy continues to prevent a recurrence of blood clots in the blood vascular of the brain and their gaps.

From the first days after discharge of the hospital, and sometimes even in a hospital or in a specialized rehabilitation center for patients sessions of kinesitherapy for the restoration of motor functions - exercises from the medical-physical systems. They help to partially or fully regain strength, coordination, function of balance. 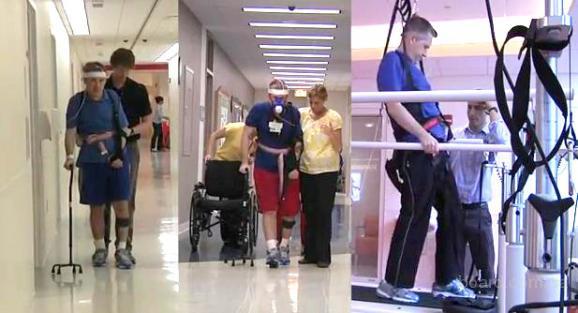 Of course, in the first days after a stroke, patients very rarely can perform such exercises, so the exercises on the affected extremities is pursuing a rehabilitation doctor or a specially trained nurse. Can do it and the relatives of patients.

In the future (during the first three months) teaching the patient to independently sit up in bed, and then stand up without assistance. The ability to stand means that the person is ready to return to the "vertical" way of life: over time he will learn how to redistribute the body weight from one foot to another, walking based on the Walker and then without them, to climb the stairs. 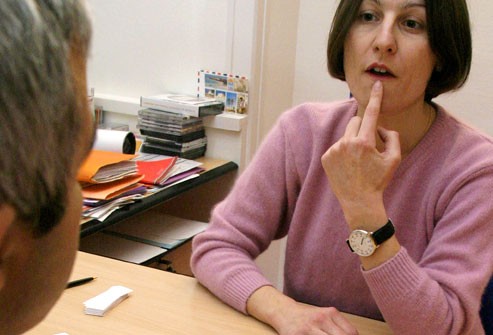 Many patients with stroke leads to gross violations of speech and cognitive abilities. To restore lost functions require the participation of a speech therapist-aphasiology: regular sessions with them will help the person to actually re-learn to speak, understand speech addressed to him, to count, to write.

Significant here will be the help of family: constantly talking with the patient, they can significantly speed up the recovery of his former pace and purity of speech.

No matter how hard it was sick man, his further recovery depends not only on the special therapeutic and rehabilitation activities carried out by doctors, coaches, physiotherapists and speech therapists. The support of family, their faith in the recovery of the sick, a warm home atmosphere can work wonders.

People who have had a stroke will recover much faster and better if you will not feel abandoned.

Friendly, calm tone of communication, constant contact with the ill family member, joint classes, praise even the smallest successes will assure the patient that his return to normal life interested the whole family.

There is one mistake that many caregivers after stroke relatives: they most protect his players from communicating with friends, colleagues, neighbors, considering that to a stranger like this is impossible.

This is not only possible, but necessary: because the patient has to learn to re-learn the once familiar people, and the joy of meeting with them will greatly facilitate people's morale.

During the first three months after stroke brain the patient must learn to:

For the six months, if the patient responds well to rehab, he usually manages to consolidate the skills of the restored at the initial stage, and find new:

A year after the stroke in the brain a number of previously restored patients skills gets finished, polished appearance, behavior is much greater autonomy.

By the end of the first year undergoing vascular catastrophe, the person may: 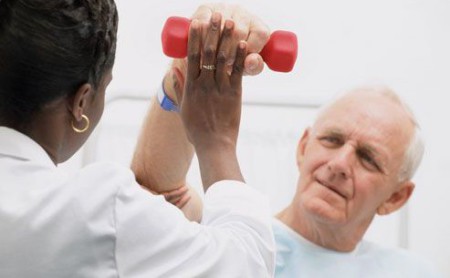 For the second year

Your patient is completely independent: able to walk, climb and descend the stairs, shop and travel in public transport without an escort, to cook.

Fine motor fingers can recover still, so precise movements are likely to be difficult.

All of the above criteria relative: the speed of rehabilitation after a stroke in the brain depends on many things - the age of patients, comorbidities, severity of the lesion areas of the brain, so lack of success in the recovery of lost functions and skills should not discourage those who care for a person in post-stroke period. Important here is the systematic and regular observation, communication and training.

Where to undergo rehabilitation

Patient ready to be discharged. He was still unhealthy, it will take many months or even years before full recovery of all lost after a stroke, brain functions.

Where and how best to care for a man who has had a brain stem stroke? There are two options: place the patient in a specialized rehabilitation center, or to nurse him at home.

What will the rehabilitation center

The mere fact that patients will beto engage a staff of experts, allows us to hope for a fairly rapid recovery in post-stroke period.

Program of rehabilitation after a stroke involves several cycles of physiotherapy and physical therapy, namely: 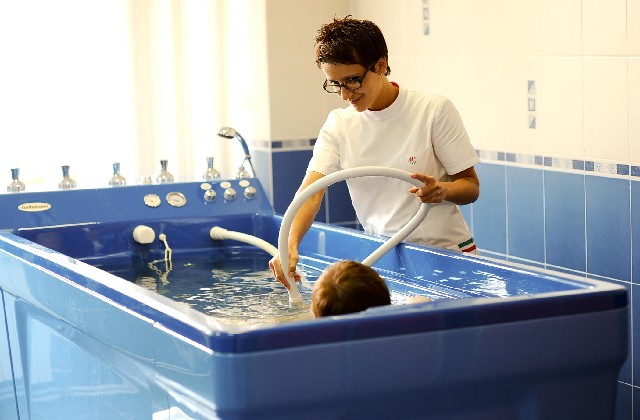 Rehabilitation centers - a real salvation for people who have suffered a brain stem stroke, and their families. However, the services of local specialists are not cheap, so many families care for their sick at home.

Is it possible in stroke rehabilitation at home? People who have their own effective experience caring for such patients at home, confidently saying that with all the problems is quite possible to cope on their own.

Here are the basic guidelines for an early return to normal life of stroke survivors:

Be sure to talk with the patient! Strongly encourage his attempts to say something, praise and support. Don't limit the communication with other people - neighbors, friends, colleagues: to be ashamed of absolutely nothing, but positive emotions will help the patient to recover faster after an illness.

Food for bed patients in post-stroke period should be light, well and completely digested: it is important to avoid constipation because bowel motility have immobilized people is sharply reduced.

In the first days after suffering a stroke, cerebral salt-free diet is mandatory, however, to observe no more than five days. Later meals need to have a little salt.

Offer such dishes and products:

Special attention should be given to fruits high in potassium - apricots, dried apricots, sweet cherries, peaches, citrus, bananas, prunes and raisins. They will help to support the heart and prevent the pressure rise to high numbers.

If a stroke suffered a patient is diabetic, then the choice of fruits should be treated with stricter and include them in the diet only on the advice of a doctor.

As the improvement of the patient's diet can be expanded at the expense of boiled lean chicken, crushed to a pulp (you can dilute the broth in which it cooked), mashed potatoes, baked lean beef. 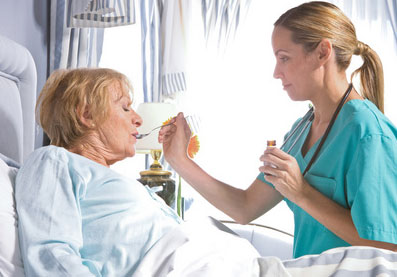 Separately to say about the fish: it is, especially fatty its varieties, is a rich source of special acids that prevent the formation of cholesterol plaques on the walls of blood vascular.

The menu got stronger and learned to chew the sick fish should be several times a week.

Bread is better to choose varieties of wheat flour and not too fresh: it improves peristalsis of the intestine and cause flatulence.

Peanuts, walnuts, linseed oil, vitamins A and E, multivitamin complexes will quickly saturate the body with nutrients, so include in the diet of patients and their.

Bland and not very tasty diet foods you can and should season with herbs to season with dill, parsley, cilantro, Basil. Not only do they improve the food, but will also improve digestion.

Because vascular accident in the brain often occur in people with atherosclerosis, it is necessary to exclude all food containing heavy fats and harmful cholesterol:

Meals should be regular, and the portions are small. To get sick is not worth it, not to annoy the man. Let him eat at will and in accordance with the appetite.

The recovery period after a stroke - long and dramatic path that ill have to go with family.

It will require a lot of patience, tact, love, but the systematic care, positive communication and the development of all previously lost skills will definitely bear fruit: your family member is partially or fully reabilitarea and return to normal life.

It is important to know what are the first signs of a stroke.