Varicose disease affects mainly the lower limbs. However, in medical practice there are cases when pathological dilatation is observed in the region of the pelvis: the rectum and the genitals. The last variant occurs more often in women and is called varicose veins of the labia.

The danger of this disease is often underestimated. Experts note that a complication of varicose veins on the genitals of a woman can be a subcutaneous venous thrombosis (formation of clot in a modified vessel), inflammation of the veins and the rupture of blood vascular during sexual intercourse or during childbirth with subsequent bleeding.

Symptoms and signs of varicose veins on the genitals

The symptomatic picture of the disease does not differ from extension veins in the legs. To detect the varicose veins on labia possible without special diagnostic procedures.

Like other forms of the disease, this variety of causes women considerable discomfort, namely:

Usually, varicose veins of the labia manifests itself especially clearly when wearing tight-airtight clothing. The increased symptoms may, in the menstrual period and during pregnancy.

The emergence of this disease often associated with pregnancy, however, the cause of varicose veins may be other phenomena and States:

No less than these factors influence the emergence and excessive exercise.

During pregnancy causes and the symptomatic manifestations of varicose veins in the groin area may be slightly different from that described above.

First, the pregnant woman's body experiences an increased load on the circulatory system of the pelvic organs. The blood pressure of the growing fetus and uterus circulate not as women with no pregnancy.

Second, the weakness of the venous walls can be caused by a change in the hormonal background of women. 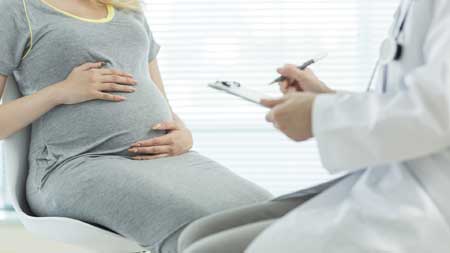 On this basis, phlebologists and gynecologists frequentlydo not resort to radical methods of solving the problem of varicose veins in women (transactions), and prefer to restrict the appointment of venotonic, safe to the fetus.

However, the varicose veins labia during pregnancy can be dangerous due to the risk of bleeding. That is why a woman with a similar diagnosis must often visit the doctor's office.

Often because of the risk of complications and too rapid progression of varicose veins after 35 weeks of pregnancy, a woman goes to the caesarean section as an independent childbirth she is strictly contraindicated.

Often varicose veins on labia after birth, resolves on its own. In this case, the woman shown prophylactic measures that prevent recurrence of disease.

Methods of treatment of the disease

As varicose veins of the labia is directly linked to the violation of the venous circulation in its treatment uses a standard set of methods:

Each method is effective at any stage of the disease, however, experts note that the medications in combination with people's will be useful in the initial stages of varicose veins. Surgical intervention used in the case of multiple lesions veins not only on sex but also in other organs of the pelvis.

The first thing that the physician prescribes to the patient, the outer means with wintoncester, analgesic and anti-inflammatory effect. With their help you can easily feel the relief.

However, for completeness the action of such drugs requires the use of oral medications (tablets) with the same composition.

The most effective means in this case are:

The treatment of the means listed need to be long, especially if it's pills or capsules. Creams and gels quickly relieve swelling, inflammation and pain, however, due to the lack of systemic effects on the body may not be used as the only means of therapy.

Please note! Drug treatment of varicose veins of the labia, even over-the-counter drug should be started after a visit to the phlebologist. He will choose the medicines that suit a particular patient, taking into account a variety of factors, includingthe presence of concomitant diseases and/or pregnancy.

Useful for disease are and folk remedies in the form of lotions and self-made ointments. In the formulation of these home preparations are herbs with anti-inflammatory and venotonic effect: St. John's wort, chamomile, mother and stepmother, meadowsweet. As a basis for ointments you can take vegetable oil or animal fat is soft with wax.

Operations are divided into two types: 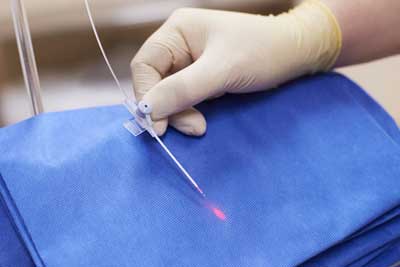 The essence of minimally invasive operations is reduced to the bonding of the veins by means of electric discharges (electrocoagulation), and laser (laser coagulation), or filling the lumen of the vessel special foam composition.

Surgical and minimally invasive operations for varicose veins of the labia are shown in the following situations:

However, even in the presence of direct indications for surgical elimination of pathologically dilated veins there are contraindications, which include:

In the postoperative period, the patients should continue to follow the doctor's recommendations: wear compression garment with special tabs to refrain from a long stay in a static position, and to abandon bad habits.