Home / Veins and capillaries / Varicose veins of the uterus

Varicose veins of the uterus 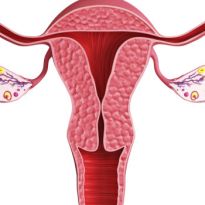 According to statistics, every third woman faces the same problem as varicose veins.

Varicose veins - an abnormal widening of blood vascular, accompanied by impaired blood supply to the affected area and valvular insufficiency of the veins. One of the subtypes of this disease is varicose veins of the uterus.

Varicose veins of the uterus - a disease that is difficult to diagnose because it has no characteristic symptoms. Often associated with varices of the cervix and the labia majora. Patients often go to the doctor, suspecting you have other gynaecological pathology.

The symptoms found in women of reproductive age, but prevalence among adolescents. The most common complaints are:

It is important to remember that in the first stage the disease is asymptomatic, pain appear on the second and subsequent stages. Although varicose veins in the uterus is not a life-threatening condition, functioning reproductive system may be affected, leading to infertility.

The causes of the disease. Risk groups

Causes of varicose veins in the uterus:

Also at risk are women in history whom there are long-term inflammatory disease of the pelvic organs. Women who have gone through a difficult birth, and repeatedly interrupt the pregnancy. 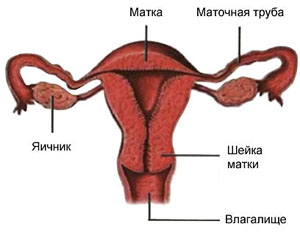 The disease is diagnosed by ultrasound of the uterus, which is performed vaginally.

At the time of diagnosis the specialists required to undertake a differentiated diagnosis of other gynecological pathology: prolapse/uterine prolapse or vaginal tubes, endometriosis, inflammatory processes of the intestine and others.

Features of pathology in pregnancy

During pregnancy increases the volume of incoming to the uterus of blood, which in combination with the rest of the load on the body can lead to varicose veins of the uterus. Such cases are rare and mostly in women who become pregnant after 35 years old.

Unfortunately, if you have varicose veins on the uterus during pregnancy, the disease is virtually untreatable.

Sometimes, in severe cases, the patient Caesarian section, because the birth with varicose veins of the uterus can cause serious complications with a high probability:

How to treat varicose veins of the uterus?

Regardless of whether the patient is pregnant or not, the purpose of therapeutic measures involved the gynecologist together with flebologia (a doctor dealing with diseases of the blood vascular). In the case of pregnancy the mode of childbirth is also decided after consultation phlebologist: using the ultrasonic diagnosis specialist identifies the degree of damage to the blood vascular.

In the absence of pregnancy and early stages of the disease, doctors prescribe conservative therapy that includes: 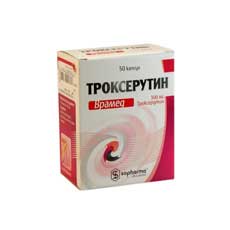 With them often take krovanistaya (in the absence of contraindications of the heart of the system):

Drugs women the position is not indicated, as there is a risk to the fetus, therefore, pregnant patients prescribed physiotherapy, douches, multivitamins, andcompression, normalizing the blood flow.

If the woman to have a natural birth or caesarean section, decides the patient herself after consultation with your doctor.

In the case when pathology is discovered at a late stage of the disease and conservative treatment did not bring results, doctors may resort to surgical treatment method. The method of surgical correction is selected physician and patient.

Because of the methods of surgical intervention enough, the specialist is able to choose the least traumatic and most effective of them.

The types of operations for uterine varicose veins:

As against any other disease, anti-varicose veins of the uterus, there is prevention.

The main point is the periodic medical examination. Particularly indicated for monitoring patients at risk or planning a pregnancy in the near future.

The prognosis of such diseases as varicose veins of the uterus, in most cases favorable. However, to completely cure it will fail, so the woman should observe preventive measures to be observed by the doctor and not to self-medicate.