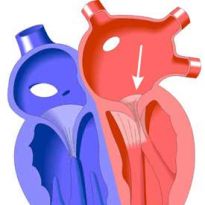 Mitral valve stenosis is a rather specific disease, characterized by a large time gap between the formation of the breach and the appearance of symptoms. The Foundation of disease is laid at a young age, before 20 years, and the manifestations are seen in 40-50 years.

The heart is a muscular organ located in the chest cavity, has a shape close to a cone. Its weight is 1/200 of body weight, with an average of 300 g. the Body is divided lengthways into left and right parts. Each part consists of atrium and ventricle, between which there are butterfly valves. The valve between the ventricle and auricle of the right half three leaves, the left half two. Latest and is called bicuspid or mitral valve.

The task of valves is to prevent backflow of blood.

In the human body the heart plays the role of a kind of pump. It creates a constant difference of pressures in the venous and arterial vascular, that circulates blood. 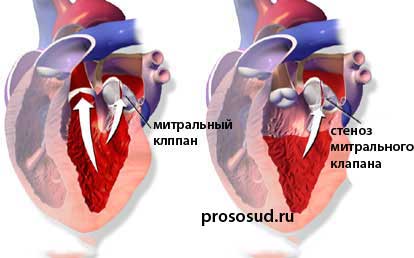 The blood in the right side of the heart is fed through the veins, accordingly, the right ventricle moves the blood in the pulmonary artery then to the lungs. In the left part of the blood delivered via the pulmonary vein, is fed into the aorta, and moves in a large circle circulation. The mitral valve, located on the left side of the heart, ensures the proper circulation of oxygen-rich blood.

Description of the disease

Mitral stenosis - acquired heart defect, is formed slowly and has a rather vague, mild symptoms. In 50% of cases of mitral valve stenosis is an independent disease. In the other is accompanied by damage to other valves or failure.

When the disease become thickened and deformed mitral valve: the muscle tissue is partially replaced by connective. The result is reduced mitral orifice.

Normal areapredserdno-ventricular openings in the range of 4-6 kV, with the disease see the size of it can be reduced to 1.5 sq cm Hemodynamics in mitral stenosis is much disturbed.

The narrowing of the holes is not sufficiently strong to move the blood from the atrium to the ventricle, in the end the fullness of the pulmonary artery is insufficient, and pulmonary veins - excessive that causes the extension of the latter. To compensate for the phenomenon develops hypertrophy of the left atrium - the thickening of the walls. Thus the pressure required for pumping of blood through a narrower opening. Thus the working pressure in the left atrium increases from 5 to 20-25 mm Hg. article Symptoms at this stage is only temporary bouts of weakness and shortness of breath.

The increase in muscle mass of the myocardium compensates for the defect, but disrupts small circulation. If the mitral orifice is not reduced less than 50% of the original, this condition can become stable and practically does not affect the condition of the patient.

However, with further development the picture changes. Due to excessive pressure in the left atrium increases pressure in the right and in the pulmonary arteries and lungs. Symptoms acts as a typical systolic murmur, and with the appearance of turbulent streams of blood and diastolic. 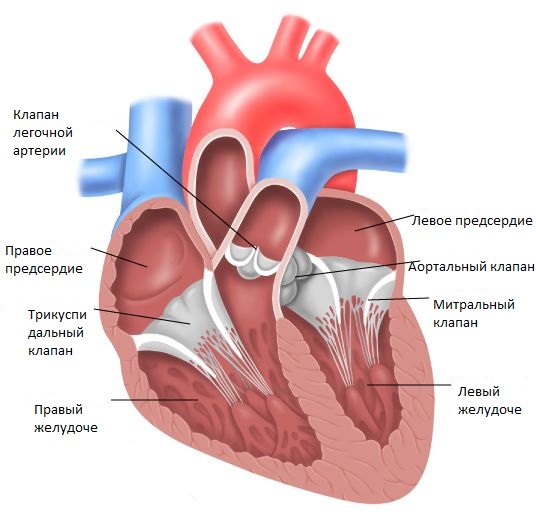 the structure of the heart

The most dangerous complications of mitral stenosis need to mention the risk of development of pulmonary edema.

Mitral stenosis, developing, undergoes 5 stages. Their classification is based on the degree of narrowing predserdno-gastric opening.

Compensatory mechanisms involved in heart disease, complicating diagnosis and treatment, and the absence of pain after the first two stages becomes the usual reason for ignoring the disease.

A major reason for seeking medical help can be the following symptoms:

The most dangerous feature of heart disease is the mismatch of signs with severity of the lesion. The disease develops so slowly that most sufferers do not notice as reduce physical activity.

Very often, mitral stenosis is diagnosed in the later stages, when there are significant violations in the work of the heart or upon the occurrence of special conditions of pregnancy. The main method of treatment is surgery.

According to cardiologists 80% of cases provides rheumatism. Formed rheumatoid lesions before 20 years and long time did not occur if no rheumafaktor - autoantibodies that enter the blood from the joints of patients.

Onset of the disease often goes unnoticed and taken for common cold. Symptoms of rheumatic fever do not differ from acute respiratory diseases: a rise in temperature for a short time, aching bones, dizziness, and weakness. The fever lasts no more than 5-7 days and in most cases eliminated by the body.

Examination of the patient

Characteristic external feature is the purple-bluish color of the nose, lips, maybe even ears and hands. In the description of the symptoms there are complaints of weakness, shortness of breath, dizziness, up to the pre-existing conditions. 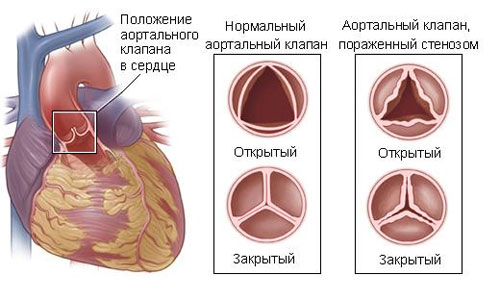 Diagnosis is made on the totality of data from all research methods because the results are nonspecific.

Electrocardiography - records the potential difference of the electric heart field.

Mitral stenosis ECG is shown in this way:

1.2. electric axis of the heart deviates to the right;

X-ray shadow of the left atrium increases, shifting the esophagus. Today this diagnostic method is rarely used because there are more informative.

3.1. two-dimensional echocardi - the obtained data enable to evaluate the degree of mobility of the valve to establish the presence of calcification and fibrosis, to determine the position of adhesions. The diagnostic method shown for selection of surgical treatment;

3.2. Doppler-Echocardiography identifies the area of bicuspid valve and allows you to set the gradient of the pressure drop when passing through the valve;

3.3. stress echocardi - is held against a load test to check the tricuspid and mitral blood flow.

3.4.transesophageal allows to evaluate most accurately the condition of the valve, the degree of changes in the structure, the presence of thrombus in the left half. Used in the treatment method, balloon valvuloplasty, as reveals the risks of complications are embolic in nature.

Today there are no drugs that can stop the progression of the disease, so the only method of treatment performs surgery. The indication for it is already the second stage of the disease.

Balloon valvulotomy percutaneous - treatment is applied in the absence of calcification, thrombus in the left half, strain or subvalvular structures of mitral regurgitation. Prescribed to patients young and middle age, as well as patients whose condition does not allow a more invasive surgery.

The procedure is as follows: the container is conducted through the partition from the right to the left atrium, is supplied to the opening and is inflated, pushing the folds of the valve. Complications after surgery are extremely rare.

Pregnancy is a contraindication for surgery in mild and moderate stages of the disease. In this case, is drug treatment. However, if the orifice area is reduced to 1.5 sq cm and there is a buildup of heart failure, it is recommended that a termination of pregnancy and operation. Surgical treatment is carried out in the later stages, when the interruption is impossible: in this case balloon valvuloplasty was assigned.

Drugs used to prevent infectious endocarditis and reduce heart failure. During preparation for surgery, the patient is also undergoing treatment with medicines to control the symptoms. 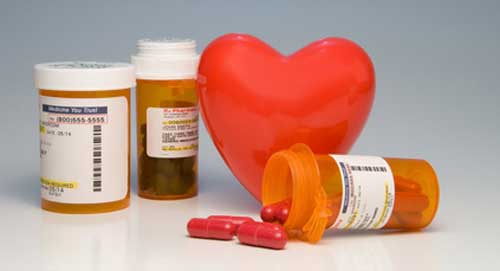 Patients mitral stenosis should avoid the big physical and nervous loadings. Therapeutic exercise is prescribed only on the recommendation of a physician. One of the main requirements of the regime is enough sleep.

In the compensation stage all treatment of disease is reduced to the proper regime.

As the causative agent of the disease are rheumafaktor, preventive maintenance includes periodic examination to determine the level of autoantibodies in the blood. Especially if the stage of rheumatic fever has been registered. You should also take measures for the prevention of streptococcal infection.

In a natural course of mitral stenosis survival rate is 50%. When surgical intervention the five year survival rate is 85-95%. Complications after surgery was observed in 30% of patients within 10 years. These indicators give a serious reason to pay attention to the work of the heart and at the first suspicions to address to the doctor.