Home / Veins and capillaries / Treatment of varicose veins with leeches

Treatment of varicose veins with leeches 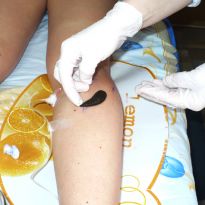 Hirudotherapy or leech therapy prior to the beginning of the 20th century, the popularity is not much inferior to this method, the relief of suffering, as bloodletting. In fact, leech therapy is its variety, but in a more benign form. Modern treatment methods have significantly reduced the scope of this "medicine", however, leeches in varicose veins is still used quite often.

Leech - annelid worm of the class poiskovyh, most of them dwell in freshwater bodies. The sizes of the worms range from 5-7 mm to 45 cm, they feed on blood of vertebrates, mollusks, and worms. 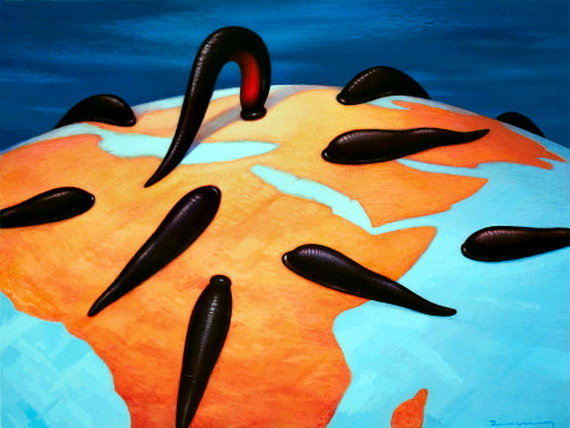 In medicine leeches are used to stimulate the circulation of blood thus increase blood flow to a certain area, eliminate venous stasis in the superficial veins.

Besides the food, the leech releases into the blood a secret, have an overall anti-inflammatory effect.

The secret also thins the blood, and this is due to the treatment of varicose veins with leeches. It should be noted that the thinning effect of short duration. More interesting phenomenon of spazmirovannah of the venous wall, as its action is prolonged up to 2 days.

The appearance of varicose veins

The mechanism of varicose very simple, and cause this disease is also extremely easy. This disease is peculiar only to people and is a consequence of bipedalism. 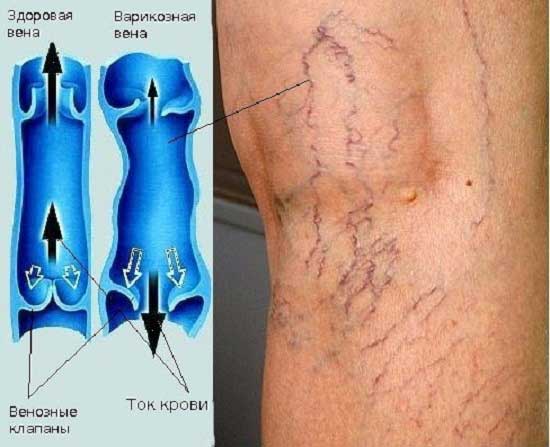 Varicose veins most often formed on the feet, as there is normal flow of blood is hampered and so is the maximumremove from the heart and, hence, the minimum blood pressure.

Support of blood flow is the movement: muscles contract and push the blood up the effect of the muscle pump. Accordingly, long-term lack of movement, stay standing or sitting at the table, the blood circulation is disturbed and quickly.

If the legs after a day of swelling, there is pain - it is an alarming sign. But if the swelling did not pass to the morning, the process of varicose veins have already begun.

Treatment of varicose veins with leeches, refers to methods of alternative medicine, and enjoys a certain popularity. Reviews, however, highly controversial.

The main medical effect of leeches is considered to be blood thinners. That immediately excludes from the number of possible users people with poor blood clotting. However, numerous studies, starting with the work of I. R. Petrov in 1936, did not confirm any long term this effect.

Temporary relief and removal of pain is due to the normalization of pressure between the superficial and deep veins. Sometimes this effect really becomes visible: the superficial veins in the legs lose volume, a decrease in edema. However, the process is automatic, facilitating the current status of the patient, and on the walls of blood vascular are not affected.

A more pronounced effect liquefaction of the blood is inflammation of the walls of blood vascular in the legs - thrombophlebitis. In this disease the walls of the veins formed a dense formation. Over time, they cease to resist, come off and blood flow to rush to any body. Vein occlusion - thrombosis, deadly, we need urgent surgical intervention.

The secret of leeches makes the blood less sticky, its ability to minimize reduced. Due to this and the risk of blood clots is reduced. Treatment, again, this method does not replace, and is allowed only in the initial stages.

For varicose veins this effect does not matter.

The sessions of hirudotherapy are held at intervals of a few days - 4-5, the course consists of 5-6 procedures. It is not necessary to carry out the treatment yourself, especially with the use of leeches from a local pond in the saliva of leeches contains a lot of pathogenic bacteria. In special centers use medical leeches, grown in aquariums.

Leech full capable to do without food to several months, so after a single procedure, they become useless and are destroyed. Again the leeches do notused, and therefore, any contamination at all.

On the legs on the sides of the expanded veins have from 5 to 10 leeches in a checkerboard pattern. The duration of the procedure assigns specialist from 5 to 40 minutes. After the end of the session to wounds covered with a bandage, as the blood and lymph will ooze out some time is the result of reducing coagulation of blood.

After the procedure you may feel weakness, malaise, sometimes increasing the temperature.

In some cases, the use of leeches in the treatment of varicose veins is strictly prohibited:

Hirudotherapy for varicose veins on legs in any case is a Supplement to the main method of treatment, especially in advanced disease. Leeches stimulate blood circulation, special capillary that reduces venous stasis.

But their healing effect is exhausted: to valvular insufficiency and the tone of the vein walls hirudotherapy no action is not.