Home / Diseases associated with vascular dysfunction of the heart / The aortic rupture: causes, symptoms and treatment 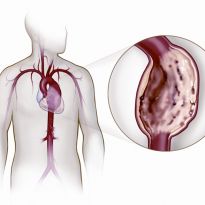 Almost all people (over 90%) who have diagnosed an aortic rupture die is a fact. Often the violation of the integrity of blood vascular are confused with heart disease - heart attack and stroke. In the pathology of cardiac activity of the patient is much more likely to survive than when you break the walls of blood vascular.

Among the celebrities who have died because of that insidious disease, you can call albert Einstein, Andrei Mironov, Charles de Gaulle, Zhenya Belousov. The phenomenon occurs suddenly and anticipate its occurrence is almost impossible, although destructive processes in the vessel starts a bit earlier if aortic pathology is not caused by trauma.

As the disease evolves

First, the vessel wall begins to delaminate between the layers penetrates the blood, which facilitates further delamination of the tissues and rupture the outer layers of the shell of the vessel (there are three). The blood creates a pressure, and the outer layers are stretched (there aneurysm). When violated the integrity of the last layer - diagnose aortic rupture. From the beginning of the stratification of the wall prior to rupture is rarely more than a day (usually takes no more than a few hours). 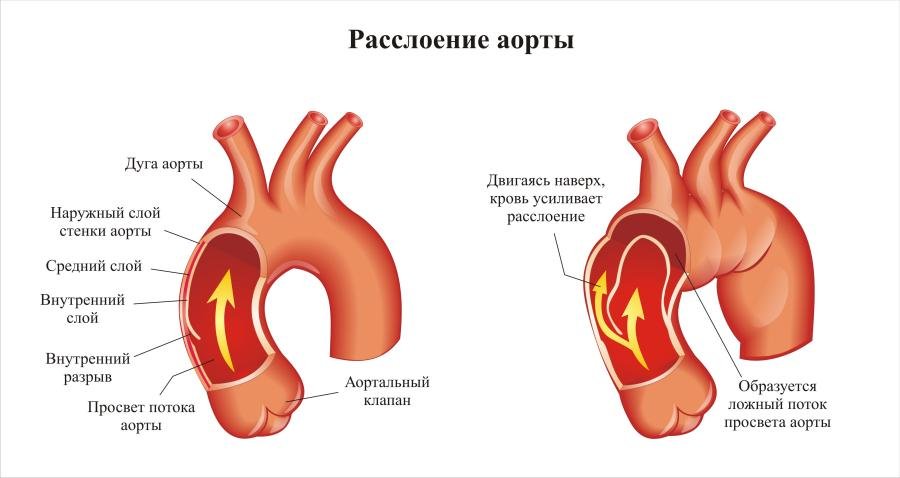 Happens another scenario: self-healing of the patient. After the formation of aneurysm (bulging of a thinned vascular wall) the pressure of the blood coming from the heart, inside the layers of the shell breaks the outer, and the inner layer (the intima). Then the pressure between the layers of normal cells, and the aneurysm samothracians.

Revealed that people suffering from certain diseases are more prone to aneurysm and its subsequent rupture. The causes can hide in the following processes:

The main causes of rupture of the aorta lie in the formation of aneurysms, which is triggered by the factors mentioned. In addition, after 50 years dramatically increases the risk of development of vascular pathology, including the protrusion of the walls of the aorta.

Most often, the aorta ruptures into the abdominal cavity, although the possible violation of its integrity in the thoracic cavity or in the field of its divergence into smaller arteries.

Upon rupture of the vascular wall and the person experiences the following symptoms: 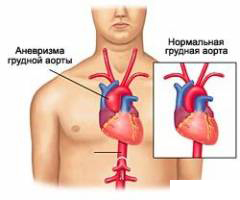 Bradycardia is often observed in the initial stages of damage to the wall of the abdominal aorta (dissecting aneurysm), in the later stages it may move to the tachycardia (when there has occurred a rupture of the vessel wall).

How is the diagnosis of aortic rupture

To identify gaps in the aorta and aneurysm, located in various places of the body with the help of modern medical techniques:

First the doctor performs an ultrasound, if it is impossible or it turned out to be uninformative, be other manipulations.

During the survey, it is also necessary to control blood pressure andto study the ECG of the patient in dynamics, because the symptoms can resemble a myocardial infarction, heart stroke or other heart disease.

In the first instance, the rupture of the aorta symptomatic therapy: 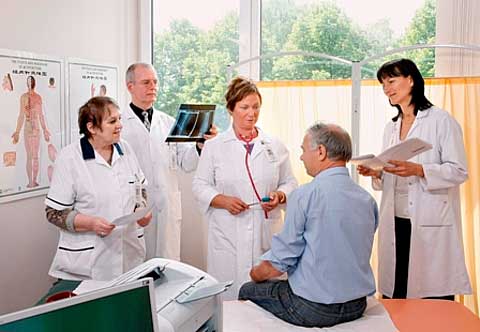 The patient urgently hospitalitynet in the Department of vascular surgery. In a hospital carried out a further examination and, subject to the confirmation of the diagnosis (symptoms similar to heart disease), surgery is carried out.

Conservative treatment of rupture of the aorta does not exist. The emergency order is the replacement of the damaged portion of the vessel with a synthetic graft. Material "substitute" of the aorta has a high biocompatibility and can be installed for a long time.

There are 2 possible explanations:

The disadvantages of this intervention include:

Endovascular method has its advantages and disadvantages.

The choice of treatment by a medical doctor on an individual basis, after examine the symptoms of the disease, the studies and accurately diagnosed.

What if the examination revealed an aneurysm?

In the case of the detection of aneurysms depending on the readings can be conducted in 3 treatment regimens:

To preventive measures include early treatment of the disease that can cause an aneurysm (atherosclerosis, diabetes mellitus and others), careful monitoring of blood pressure and timely adoption of antihypertensive drugs. It is also necessary to exclude trauma, heavy physical activity after 50 years periodically ultrasound to detect aneurysms and their treatment.

We recommend you read the material about how dangerous is an aortic aneurysm.