Diagnosis and treatment of atrial fibrillation 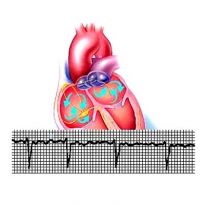 Cardiac arrhythmias are the most common pathology encountered among all the cardiac disorders. One of their varieties is atrial fibrillation - a condition in which stops the contraction of the Atria.

What are its causes, manifestations? What treatment is indicated for this diagnosis and is there a favorable prognosis? This will be discussed below.

Normal cardiac rhythm is just a series of cuts in different parts of the heart: first, shrink the Atria and then the ventricles. In atrial fibrillation, the Atria lose their ability to contract, instead they begin to randomly twitch to fibrillate, so this kind of arrhythmia has received another name - atrial fibrillation.

More precisely, fibrillary not the atrium, and a separate group of their fibers, each of them becomes a point of pulsation.

Who is at risk?

Being the most common of all varieties of heart rhythm disorders, atrial fibrillation is most often diagnosed in people who turned forty years abroad. The older a person is, the higher the likelihood of development of Mercalli" - so in the environment of physicians and cores with experience to call this type of arrhythmia. 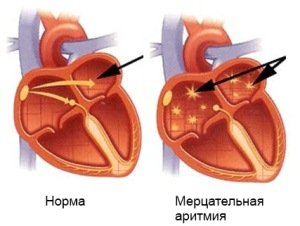 Atrial fibrillation diagnosed patients with organic abnormalities of the heart and those who at the time of occurrence of arrhythmia did not suffer any visible manifestations of cardiac diseases.

However, the leading role among the reasons for the development of atrial fibrillation assigned to several diseases, against which is often characterized by bouts of irregular heart rhythm:

All of the above diseases and conditions are accompanied by organic changes in the atrium.

There are a number of other pathologies and conditions that are not followed by any organic changes in the atrium, but also may provoke attacks of atrial fibrillation: 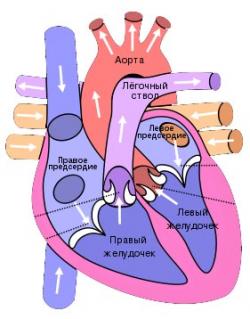 In cardiology there are two types of this abnormal heart rhythm: paroxysmal and chronic.

Paroxysmal atrial fibrillation - a form of the disease, where the duration of seizures varies from several minutes to several days. Short attacks are themselves, not requiring the adoption of any urgent therapeutic measures.

Another thing - chronic atrial fibrillation: it lasts for months and threat of a variety of complications up to the death of patients.

There is another division of the forms of the disease - number of heart rate.

Tahisistolicescie arrhythmia - a type of abnormal heart rhythm in which heart rate accelerates up to 250 cuts and above. Otherwise, it is called atrial flutter. This is one of the most dangerous forms of the disease, as evidence of the development of heart failure.

When it's bradycardic the type of atrial fibrillation heart rate, on the contrary, decreases, and speaks of transverse heart block of II-IV degree, sinoaurikuliarnaya blockade, and the inhibition of automatic activity of the sinus node.

Normostenichesky type, in which the heart rate remains normal - the most favorable form of atrial fibrillation, but it is at any moment can change one of the above forms, therefore, still requires the most serious attention.

In most cases, especially when atrial fibrillation occurs in the form of paroxysms, the person may not feel the attack. Although the signs of trouble, of course, exist, but they are for several years, hypertension or any other disease of the blood vascular become habitual: 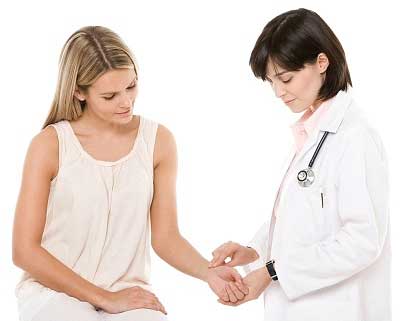 Another significant symptom of atrial fibrillation - pulse deficit: when measured with a stethoscope the heart rate and the probe pulse on the hand, it appears that the heart rate will be lower than the level of heart rate.

During the attack patients frequent urination and increases the volume of urine released, which together with the above manifestations reminiscent of the symptoms of a panic attack - sympathoadrenal crisis.

And if the crisis just very unpleasant, but not fatal, atrial fibrillation can result weight severe complications. That's why when you have these symptoms definitely need to be examined - perhaps in the future will require supervision and treatment by a cardiologist.

Systemic thromboembolism and heart failure are the two main complications associated with atrial fibrillation of the heart.

Systemic thromboembolism is the result of the increase in pressure of blood in the small vascular of the lungs and in the pulmonary veins. These patients have cardiac asthma, and alveolar pulmonary edema. 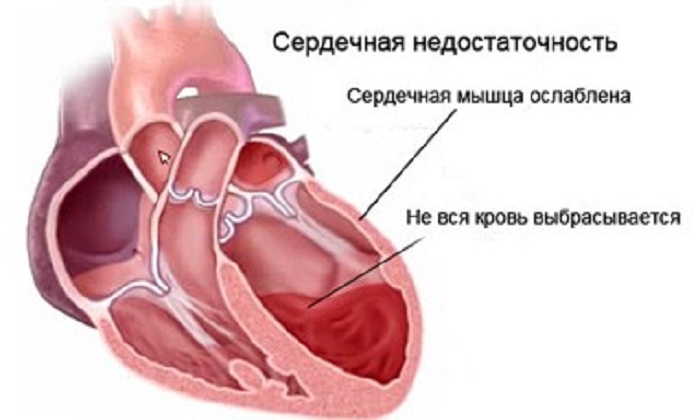 Atrial fibrillation is one of the most important risk factors for development of systemic thromboembolic disease: only 15 percent of patients do not form blood clots inside the heart which can cause further blockage of the arteries of the systemic circulation.

The rest of the clots are formed and enter the blood vascular of the brain, which ultimately manifested symptoms of coronary circulatory disorders in the brain: it is diagnosed in approximately two thirds of patients.

So a-FIB becomes the cause of strokes in some cases, and the age of patients plays an important role: the older the person, the worse the prognosis.

The standard diagnosis of atrial fibrillation is ECG in twelve leads, as well as in echocardiography.

The purpose of these tests is not only to establish the fact of the disease, but the elucidation of its origin, what specialist you may need additional types of research - coronary angiography, stress tests, determining the level of activity of the thyroid gland. 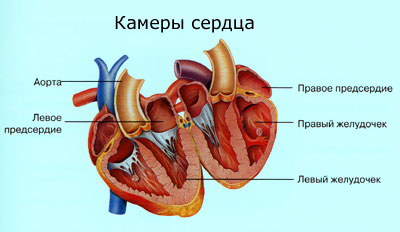 Nevertheless, traditional medicine offers and its methods, the use of which somewhat simplifies the condition of patients and the workload on the heart.

A Mixture Of Amoz

Take a glass of good honey (best - may), one lemon, five walnut kernels, 200-300 grams of dried apricots and raisins. All components are ground in a meat grinder eliminate the pits from lemon and mix with honey.

The resulting mixture insist in a dark place for a few days and then stored inthe fridge. Every day should eat 1 tablespoon of the mixture Amosova after Breakfast. This tool can be called an excellent prevention of many diseases of the heart, thyroid gland, and it helps to strengthen the immune system.

Atrial fibrillation diminishes with regular, within a month, the reception puree one Apple and one onion. Onion and Apple RUB on a small grater, mix. Taken twice daily on an empty stomach.

Half a litre may of honey and one hundred grams of walnut kernels, ground in a grinder or pounded in a mortar, mix well, leave for a few hours and eat a tablespoon 2-3 times a day for a month.

Three in one (pharmacy mix)

Buy at the pharmacy on the bottle of hawthorn, Valerian and motherwort, mix them in a bottle or jar with a lid and take one teaspoon. Three times a day - such is the rule of reception. Course duration - one month.

Treatment of atrial fibrillation it is impossible to imagine without complying with rather strict diet, eliminating all foods that contain a lot of fat, hidden salt and preservatives: they all raise HELL, contribute to the development of atherosclerosis and thrombus formation in the Atria. 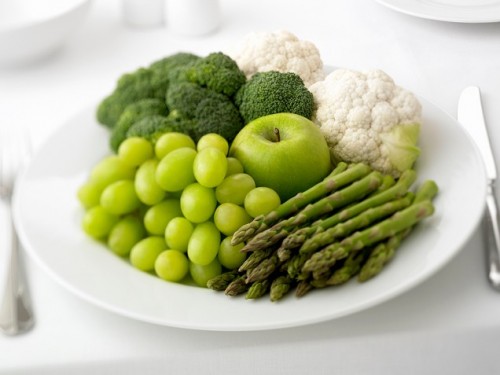 In the diet of such patients should be low-fat plant foods, and cereals from whole grains, soups on the water. Shown vegetable stews and casseroles, fresh salads, dressed with a small amount of any refined oil, boiled or steamed sea fish.

There is a need in small portions: overeating causes irritation of the vagus nerve, which acts oppressively on the function of the sinus of the angle, where then pathological impulses.

Separately want to say about any alcohol: it should be entirely excluded from power. Even in relatively healthy people, drinking alcohol can trigger the arrhythmia, arrest, which can be very difficult due to the rapidly-advancing degenerative changes in the heart.

What about the loads?

Starting treatment of atrial fibrillation should be reviewed and the mode of exercise - physical and emotional.

Excessive load when lifting weights, fast walking, running, and experienced the excitement inevitably cause a rise in blood pressure, which ultimately could trigger new bouts of atrial fibrillation.

Patients recommended walking at a slow pace, stay in the woods and on the sea, and a short set of exercises in the morning in good health and compulsory monitoring of pulse, heart rate and blood pressure.

Because atrial fibrillation longtime can occur without any alarming symptoms, it is important to regularly undergo a medical examination by a cardiologist, neurologist, General practitioner: the experts in time to see the alarms and prescribe a good treatment, because the sooner will be revealed pathology, the better will be the prognosis.