Check feet with the help of Doppler ultrasound 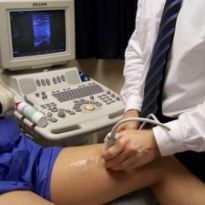 Unpleasant sensations in the legs sooner or later force us to go to the doctor to find out the cause of swelling, pain, heaviness, and night cramps. In each case, in addition to the inspection we are invited to undergo Doppler ultrasound of the lower extremities. What is this procedure and what diseases can be diagnosed with it?

What is Doppler ultrasound and examine that with it

Doppler ultrasound is an abbreviation of the name of one of the most informative methods of study of blood circulation in vascular - Doppler ultrasound. Its convenience and speed holding, coupled with no age and special contraindications make it the "gold standard" in the diagnosis of vascular diseases.

The Doppler ultrasound procedure is performed in real time. With the help of specialist after only 15-20 minutes of receiving sound, graphic and quantitative information about blood flow in the venous system of the legs. 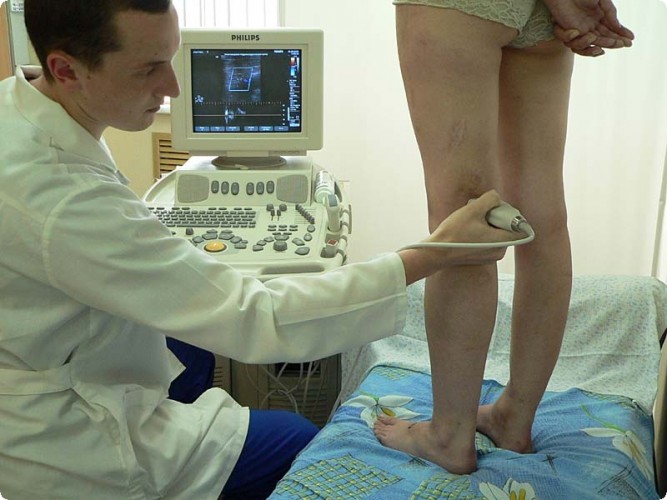 When performing Doppler ultrasound of the lower extremities evaluated the major parameters of the state of the vascular wall of the venous valves and the patency of the vascular:

During the study also measured compensatory possibilities of blood flow.

When you need Doppler study

Urgent problems in the blood circulation, make themselves felt in varying degrees of severe symptoms. To the doctor should hurry if you begin to notice difficulties with the footwear and your gait loses its ease. Here are the basic signs that help to determine the likelihood that you have poor blood circulation in the vascular of the legs:

If you do not see a doctor when you have these symptoms, in the future, the situation is worse: there will be varices and inflammation of the affected vascular and, as its consequence, trophic ulcers, which is already facing a disability.

Because this type of study is one of the most informative, the doctor by his results can supply one of the following diagnoses:

Any of these diagnoses requires a very serious relationship and immediate start of treatment, since by themselves the above-named diseases are not cured, their only progresses over time causing severe consequences up to complete disability, and in some cases even death.

How is Doppler ultrasound

The procedure does not require preliminary preparation of patients: there is no need to observe any diet, take medications other than the ones you usually take to treat existing diseases.

Coming to examination, it is necessary to remove all jewelry and other metal objects, to provide the doctor access to the shins and thighs. Doctor of ULTRASONIC diagnostics will be offered to lie down on the couch and will apply a special gel on the transducer. It is the sensor and will pick up all signals on the pathological changes in the vascular of the legs on the monitor.

The gel not only improves the sliding of the sensor on the skin, but also the data transfer speed obtained as a result of the study.

After the end of examination in the posture of lying down, the doctor will suggest to get on the floor and will continue to study the condition of vascular for more information about the alleged pathology.

Normal values when performing Doppler ultrasound of the lower extremities

Try to understand the results of the survey of the lower arteries: Doppler ultrasound has its normal value, which just need to compare your own result.

They can be designated as turbulent, trunk or collateral.

Turbulent blood flow is fixed in the ground of incomplete narrowing of the blood vascular.

The main blood flow is norm for all large vascular - for example, femoral and brachial arteries.Note the "trunk changed the blood indicates the presence of a stenosis above the study.

Collateral blood flow is recorded below the places where the complete absence of blood circulation.

Investigation of condition of vascular and their patency method of Doppler ultrasound is an important diagnostic procedure: it is easy to implement, not time consuming, painless and gives a lot of important information about the functional state of the venous apparatus of the legs.