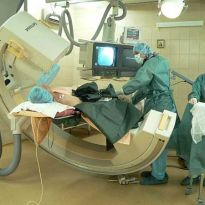 A method is known in medicine as coronary angiography, designed for reliable diagnostics of the processes occurring in the coronary artery. Doctors are interested in the degree and location of narrowing of the vessel and the nature of the lesion. This method is most effective in the study of ischemic heart disease (IHD).

Method allows you to make the final decision when it comes to surgery - coronary bypass surgery or balloon angioplasty. Coronary angiography performed in emergency or planned - it depends on the condition of the patient.

The essence of the method

The method is based on invasive instrumental examination relating to the radiopaque techniques. In the cavity of the vessel introduced a special substance entirely fills the lumen and allows you to see the structure of arteries on x-ray. Of indications for this diagnostic procedure we will talk later. To make a decision about coronarographies the study, the doctor should perform: 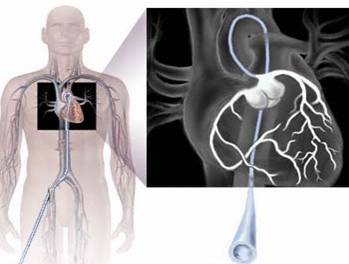 Additional research is conducted if necessary. The condition of the patient is clarified and discussed in a medical consultation often involved a number of specialists, then the patient explain the essence of the method and the likely consequences.

The principle of angiography is to use a diagnostic catheter, which is applied to one of the arteries that feed the heart patient under examination. Through the lumen of the catheter into the vessel is introduced contrast agent, which embellish the heart artery. Then the picture is taken.

This allows to assess the degree of functionality of the heart and to identify the alleged destruction of blood vascular.

The coronary arteries supply oxygen directly to the heart muscle, so the narrowing or blockage can lead to undesirable consequences. Insufficient blood flow to the heart causes ischemia, and in the long term, myocardial infarction.

The reasons for the defeat of the artery can be several: 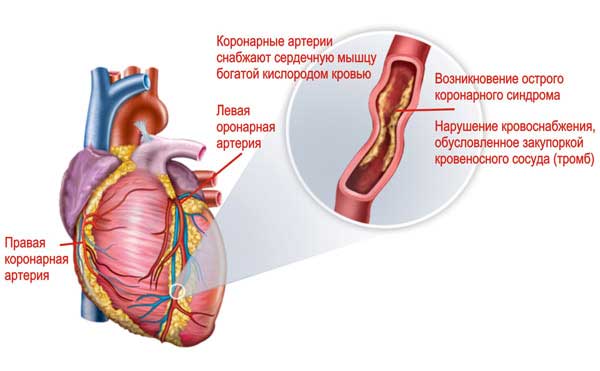 Jewelry and adornments are best left at home. About 10 days before the test you need to stop using drugsresponsible for thinning the blood (aspirin, warfarin). The use of any medicines before koronaroliticescoe procedure should be discussed with your doctor. Diabetics consult an endocrinologist, since taking of appropriate medicines to stop undesirable.

Inform the doctor about the (possible) Allergy to the following substances:

With them you can grab a standard set of things - Slippers, toothbrush, toothpaste, towel, soap. The procedure does not take much time, but a hospital stay can take up to 2-3 days. Before the angiography the intestine of the patient is prepared by means of an enema. Of course, to eat and any liquids in the morning is not necessary. 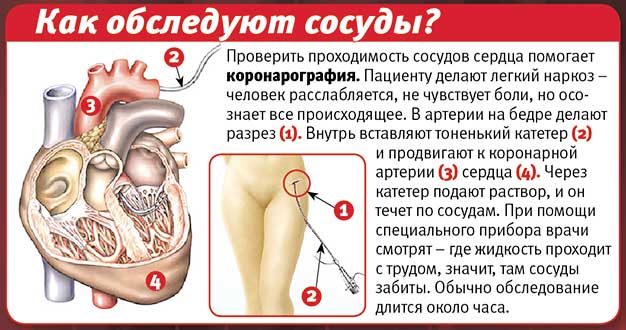 The study area is carefully shaved, and then the doctors make the puncture of the artery. This is often the axillary or inguinal area.

In the presence of serious pathologies require additional examination - without coronary angiography of the heart vascular is done. Complications can cause renal disease, namely, filtration dysfunction. The reason is that the contrast agent is expelled via the urinary system.

Office endovascular surgery - that there is a patient who shows koronaroliticescoe examination. The patient throughout the procedure is conscious, the process is considered less traumatic. Initially, local anesthesia. Catheter through the femoral artery penetrates in the upper region of the aorta and further in the coronary lumen. To reduce the observation period, it is possible to carry out penetration through the region of the forearm. 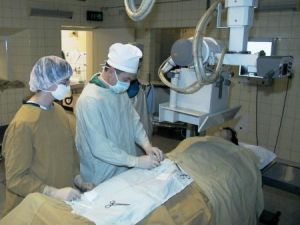 The second phase of angiography - injection of contrast agent. The bloodstream carries the substance through the vascular - this whole process is fixed by means of angiography, a special recording setup. The result is transmitted to a monitor, then sent to a digital data store. Also the result of the patient taking place on the screen is explained.

On the photos (or computer screen) contrast agent appears in the form of shadows, transferring the outlines of the arterial lumen. Vasoconstriction is immediately apparent - there does not enter the blood, illuminated by a contrast agent. Such blockages are called "occlusion". Detection of occlusion is a reason for urgent surgery.

If the patient has a desire, doctorsin parallel to implant stents (vascular endoprostheses). After procedural complex doctor provides the following information:

If the procedure is treated purely instrumental techniques, the problems would not have arisen at all, but in the artery the injection of contrast fluid. Therefore, along with the readings there are contraindications, which doctors consistently warn patients. 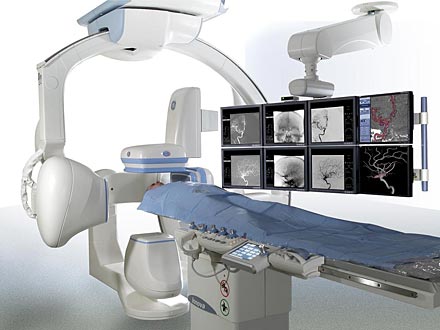 Let's start with the testimony. Coronary angiography was appointed surgeon in the following cases:

Who should not use coronary angiography

The study is considered to be relatively safe - any absolute contraindication exists. There are some reasons why damaged x-ray of the heart vascular can be postponed and even cancelled.

Here are the reasons:

The outcome of the procedure in the majority of cases positive. However, the physicians are always ready to assist in case of sudden complications until surgery. Coronary angiography can lead to the following complications:

Interpretation of the obtained information needs to be ideal - depends on human life. Full coronary angiography consists of:

Occasionally the diagnostic process leads to the formation of hematomas and blood clots, the wound in the vicinity of the puncture can become inflamed (a consequence of penetrating into infection).

There are also cases of arterial perforation (vessel is broken or it is formed in the hole). Fortunately, the likelihood is extremely low - is suffering one patient of 100 thousand patients.

Some risk of complications (even miserable) always exists. We list the most common problems afflicting individual patients:

To minimize the risk is possible only through balanced medical decisions. The doctor collects history, examines the patient and evaluates the likelihood of complications.

Recommended reading material how to check the vascular.