Causes and treatment of spasm of cerebral vessels 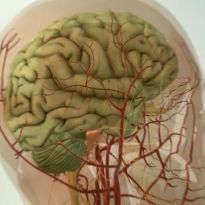 Spasm of cerebral vascular (cerebral vasospasm), that is, their restriction occurs when the decreased clearance between the walls of the blood vascular. The reasons may be many, but the consequences can be serious disorders in the body.

Why am I having spasms of cerebral vascular

The cause of the problem may hide in the brain and in the spine, because through his neck are arteries that supply blood to the brain. Problems in the brain are caused by various conditions, when a person is very tired for a long time, enough sleep, when the body lacks oxygen.

The brain also gets tired as other parts of the body. When he works long, hard and not getting enough rest, the blood supply deteriorating, deteriorating condition and the vascular that pass blood. In addition, some of the disease provoke the development of spasms of cerebral vascular. For example, hypertension often causes vascular spasms.

Causes spasm of the cerebral vascular 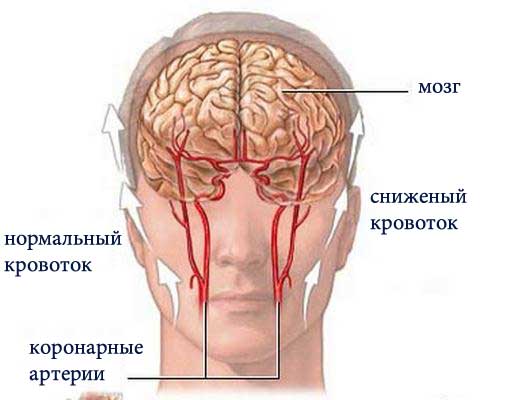 Not always a problem due to some serious reasons. Simple everyday situation can cause this condition, for example, a walk in the cold with uncovered head, too much alcohol. Strong emotions, by the way, not only negative, can cause cerebral vasospasm.

In all situations we should at least try to remain calm and composure, as excessive emotions undermine the nervous system.

This affects the blood vascular, heart, developing a variety of diseases. The emotional outbursts of the blood vascular can react even against the background of complete health. These spasms can cause, for example, fight or emotional trauma. To provoke a reaction of brain blood vascular may change in the weather weather-sensitive people. Especially dangerous are the sharp jumps of atmospheric pressure.

A few decades ago spasm of cerebral vascular were mainly found in the elderly. This is due to age-related changes and loss of elasticity of blood vascular. Recently, however, more often this problem affects more than the young peopleand most of them were inhabitants of big cities. 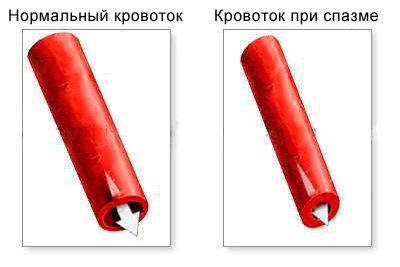 An important negative role is played by the ecological situation in large towns. Toxic substances, emissions and cars contained in the air, huge amount of dust negatively affects the blood vascular and, in General, on the state of the whole organism. Moreover, in large cities there is always a lack of oxygen in the air. All this is narrowing, and sometimes spasm of the blood vascular, including cerebral vascular.

Of course, the danger of spasm of the blood vascular of the brain lies in wait for every person. There are categories of people who are more at risk for such reactions. They are either suffering from a disease or have sensitive blood vascular.

Who is at risk 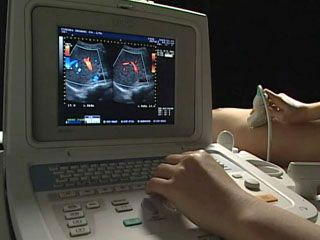 If often felt headache, dizziness, you should consult a doctor so as to keep the cerebral blood flow without attention is dangerous.

For diagnosis you must pass the examination of the cervical spine (x-ray, MRI) and magnetic resonance examination of the head vascular. To establish the state of the arteries, blood flow velocity, detection of blood clots and plaque in blood vascular is performed duplex scanning.

Important information will the MRI or CT carried out in the mode of contrast enhancement that is injected into the bloodstream of a contrast agent. On the basis of symptoms and findings can establish the diagnosis and prescribe treatment.

Make the decision and to recommend a medication can only be a doctor, do not self medicate with cerebral angiopathy. Of course, emergency measures in the home will help to alleviate the condition, to remove headache pain, but this does not negate the visit to the doctor.

You can also take a pill of Spazgan, Nurofen or a similar tool, ease the spasm can drops Korvalol or Valerian tincture. If symptoms recur, then it is necessary to immediately go to the doctor. 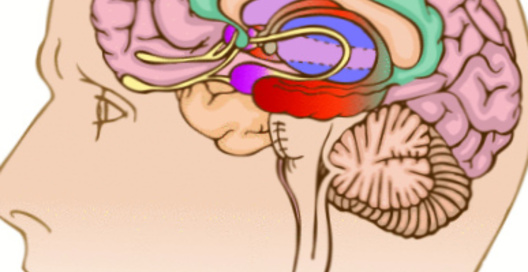 Methodstreatment of cerebral vasospasm depend on its causes. If you confine the withdrawal symptoms, they will be repeated again and again. In identifying the disease, which led to the development of vascular spasm, it is necessary first to focus efforts on treatment on him.

Measures for the treatment of cerebral vasospasm

In the treatment of cerebral vasospasm important system, you may need multiple treatments to achieve permanent results.

Lifestyle and prevention of spasm of cerebral vascular

It is important to establish a proper diet and monitor their weight. In the morning it is best to eat whole-grain cereals, at lunch, regularly eat seafood, definitely a lot of different vegetables. It is necessary to limit consumption of fatty dairy products, the number of sweets reduced to a minimum.

Doctors usually recommend to refuse from fatty foods, fried, smoked and canned products. Strong tea and coffee is better to replace with herbal infusions, which will help to strengthen blood vascular, for example, rose hips, nettle, St. John's wort. Is to give up carbonated drinks, especially because they harm not only the vascular but also throughout the body. But to provide themselves with a sufficient quantity of liquid (at least 2 liters per day) is required. This will help to avoid stagnation in the vascular and accumulation of harmful substances.

Many folk remedies help to improve blood circulation and perfectly tone up blood vascular, especially with regular use.

Popular tool for cleaning vascular and strengthen them - garlic. It is milled to a pulp and pour vegetable oil (1 head of garlic 200 ml of oil), the next day add 1 teaspoon of lemon juice. In the morning take 1 teaspoon. Courselasts 3 months.

Physical activity always helps to strengthen blood vascular, maintain their tone. This activity can be any, depending on what the person likes to do: dancing, Hiking or Cycling, swimming, fitness, yoga. Avoidance of mental overload, level control stress and proper rest will help the blood vascular to normally cope with its functions.

I advise you to read that causes constriction of the blood vascular of the brain.