What is the vascular Genesis of the brain 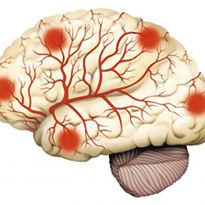 Diseases caused by blood circulation disorders in the brain, unfortunately, quite a lot, and they manifest themselves diversely. The most lightweight of them are expressed with only a headache and some neurosis-like disorders, and it so happens that these are only symptoms of the disease and limited.But severe cases need treatment and very long.

It should be clarified: vascular Genesis is an indication of the origin of the disease, not the disease itself. Speaking of brain diseases of vascular origin mean changes associated with blood circulation in the venules, arteries, veins and so on. 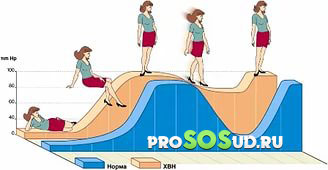 Very often this type of pain occurs in the morning. This is due to the fact that venous blood flow is more efficient in an upright position.

In the supine position, sitting with head bowed low, outflow is difficult, so changes in venous blood flow are accompanied by insomnia and the "heavy head" after sleeping.

It is obvious that the treatment of such opposite diseases of vascular origin should be carried out by different methods.

Another characteristic feature of changes in the circulation of the brain are mental disorders of vascular origin. Symptoms coincides with the classical picture, but there are changes as a result of violations of blood circulation.

Accordingly, treatment only mental component will not lead to the expected result: in this case, the disorder is a secondary disorder.

Unlike true mental disorders, treatment of diseases of vascular nature mainly medical methods, and quite successfully.

Treatment of vascular disorders is aimed essentially at eliminating atherosclerosis and hypertension. Important regime and nutrition, and medication.

Surgical treatment is prescribed for atherosclerosis, when there is a need to remove atherosclerotic plaques.

Diseases of vascular origin is very diverse and very common, sadly. However, timely diagnosis and treatment to get rid of this problem or at least significantly reduce the consequences is possible.