What are the consequences and causes bleeding in the brain 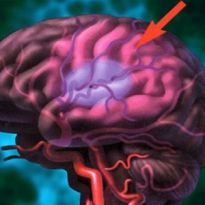 Once upon a time (often a day) in humans is caused by a sudden and sharp deterioration of health: severe headache, dizziness, numbness of limbs, face. Surrounding the patient noted a violation or loss of consciousness. So there is a hemorrhage in the brain - the effects of this dangerous condition can be fatal for a human, forever making it invalid, or causing death.

The blood in the human body moves inside a closed system of vascular, each of which in norm is sufficiently elastic and capable of withstanding considerable loads. Gradually, however, the vascular become thinner, become brittle, permeable and can at any moment to burst, causing bleeding. 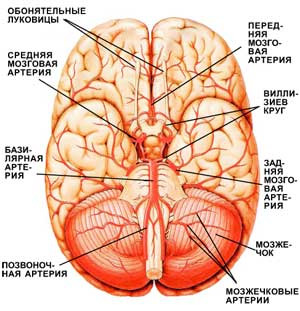 The main artery of the human brain

The same happens with the blood vascular of the brain that feed oxygen to this vital organ. High blood pressure at some point closes the vessel, causing a certain amount of blood flows out, filling the space between the tissues of the brain. The resulting hematoma compresses surrounding tissue, thus blocking their food, which leads to swelling of the brain, gross motor, visual and speech disorders.

Since the rupture of blood vascular can occur in any part of the brain, hemorrhagic strokes are usually classified according to site of hemorrhage.

Localization of bleeding and its intensity depends on the symptoms of the disease, as well as the consequences and prospects of its further development.

Causes of bleeding into the brain

Developed hemorrhagic stroke (also called intracerebral hemorrhage) is a direct consequence of a number of conditions and diseases in which the load on the tissue blood vascular greatly exceeds their margin of safety.

We can not say about bad habits - Smoking, drug and alcohol issues. They worsen the condition of blood vascular, which ultimately makes a brain hemorrhage one of the most likely outcomes.

Symptoms of a stroke

Symptoms of hemorrhagic stroke are manifested so vividly that even people who do not have medical education, can properly evaluate the severity and urgency of the patient's condition.

Typical symptoms of cerebral hemorrhage include:

This is something that relates to the feelings of patients themselves. Surrounding can verify that the person had a stroke, according to a number of external signs:

In a state of hemorrhagic stroke person can not utter the simplest phrase, smile, often do not understand the speech addressed to him. 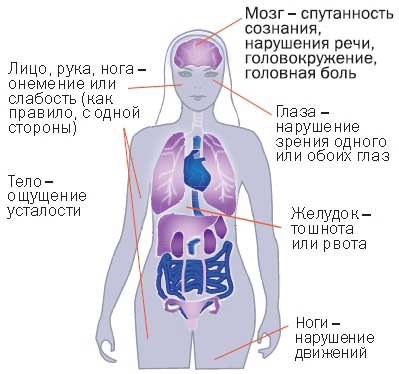 The most difficult symptom of brain hemorrhage coma. Terms of time to judge the prognosis of the patient: the longer a person is unconscious, the worse the consequences and prospects.

What to do with patients

Hemorrhagic stroke - a severe condition, so it requires urgent medical care. These are the first mandatory steps:

Others have no more than three hours to ensure medical intervention: at the end of this period in the brain begin irreversible changes.

The consequences of a brain hemorrhage

The incident hemorrhagic stroke heavy not only their current, but also the consequences. It is believed that the first month and first year after the start of hemorrhage of the brain play a crucial role in the life of the patient, as well as allow you to properly assess the prospects of rehabilitation.

In the first weeks of dying from 40 to 60 percent of patients. The survivors observed persistent impairment of speech, vision, motor function. Frequent mental disorder.

Very long does the numbness of the facial muscles, extremities of the paralyzed side or half of the body. If you cannot quickly minimize all these violations, it is already a year later and too late to rehabilitate the patient impossible changes in the body become irreversible.

Hemorrhagic stroke - this is a serious illness requiring immediate treatment: only under condition of timely and adequate therapy could significantly rehabilitate the survivors in the first month patients.

We also recommend you to read about what are the first signs of a stroke.