Treatment and diagnosis of angioma of the brain (cavernous, venous) 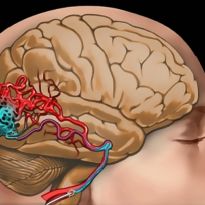 The prevalence of head tumors growing annually - this fact is alarming the physicians of different countries. A benign tumor that represents a tangle of blood vascular" - this is the angioma of the brain.

Externally, the pathology resembles a birthmark Burgundy or red. Education is observed in the mucous membranes and the skin, and the risk - newborn baby girls.

Most of the angioma disappears ten years to the age of the child, but this does not mean that danger does not exist. The tumor can spread to the internal organs, and this leads to a number of bad consequences. The main problem lies in the defeat of the brain as the spinal cord and brain. What are the causes of angioma of the brain and are there ways to cure it?

The causes of the disease and its manifestation

By the way, that vascular anomalies provoke the emergence angiomas in 95% of cases. Tumors, localized on the surface of the skin, a substantial danger is not present. Much worse tangles affecting the brain area. 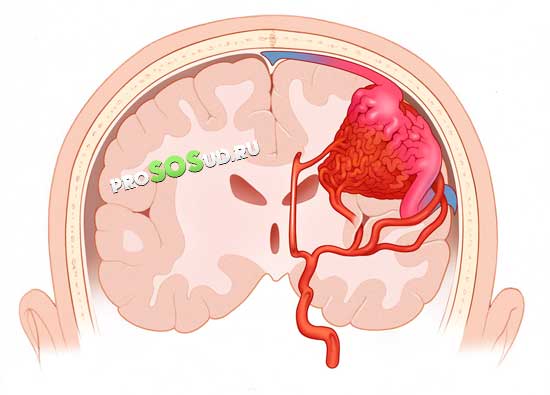 To recognize the angiom that hit the spinal cord, the numbness of arms, legs and torso, dysfunctions of pelvic organs, pain syndrome in the limbs and back. The tumor is characterized by a compressive effect.

Since the disease is closely associated with the hemorrhage, it must be promptly diagnosed and treated. Otherwise, possible consequences such as strokes, brain disorders and seizures.

Here is a list of symptoms indicating the likely pathology:

Doctors distinguish the capillary, cavernous and venous types of angiomas. Each of these types of dangerous in its own way. The tumor affects the capillary network of small capillaries. The cavernous type has the form of a cavernous crimson of education, within which blood flow is impaired. 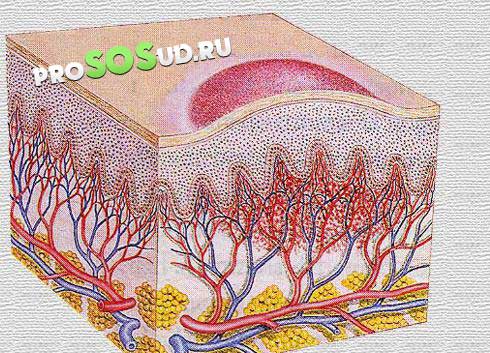 Venous type is characterized by its dark blue or brown, thus he is able to progress, this propertycan cause a stroke.

The most dangerous is a venous angioma of the brain - the percentage of deaths is particularly high here. The cavernous type leads to a number of pathological vascular changes.

Specific cavernosa fill with blood and sometimes reach impressive sizes. Complications arise because of fragile walls of blood vascular, which can lead to cerebral hemorrhage.

Vascular cavities, called caverns, the basis of this terrible disease. Cavernous angioma of the brain is an extremely dangerous disease. The walls of the caverns are separated by thin webs, characterized by high strength. Education can rupture leading to brain hemorrhage and death.

Here is a list of symptoms that indicate the development of cavernoma:

Doctors call the cavernous angiom a time bomb. Hemorrhage can occur at any moment - the fatal moment difficult to foresee. Advanced stage leads to numerous disorders of consciousness. The whole area of the body can be paralyzed. 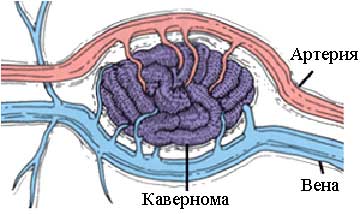 If seizures are not responding to medical relief is another reason to think over their condition and carry out full diagnostics.

This pathology exerts continuous pressure on the brain and is often complicated by hemorrhage. The mortality rate is significantly higher than caverns.

After the formation of the vascular plexus begins to show symptoms. It is not limited to pain syndrome.

Pay attention to the following signs:

Localization of angioma can affect the nature of the violations. For example, the frontal the tumor leads to a decrease in mental activity, and parietal associated with the absence of pain and tactile sensitivity.

The affected cerebellum is associated with abnormalities of skeletal muscles, impaired balance and coordination.

The symptoms of the disease is highlyoriginal:

Diagnosis and treatment of diseases

Upon detection of angiomas doctors prescribe emergency treatment, the nature of which will depend on the type and location of the tumor. Injections and pills angiomas modern medicine, unfortunately, has not developed.

Any medication is only temporary and does not eliminate the causes of disease. This means that when the diagnosis of the tumor will have to go for surgery.

Before sending the patient for surgery, doctors perform an extensive diagnostic examinations, including medical history, angiography and computed tomography. The detection of cavities used MRI diagnosis.

In order to better plan the operation, surgeons also prescribe tractography. Getting the full picture of what is happening, you can assign one of three methods of surgical intervention:

Do not be misled by the term "benign." Any tumor arising in the human brain, is a potential health threat.

To better diagnose the pathology at an early stage by the smaller size of the tumor, the case may not walk before the surgery, to begin with, doctors will be limited to sclerotherapy. Special materials will "clog" the blood vascular and prevent further progression of the disease. Take care of yourself and often pass a comprehensive examination!