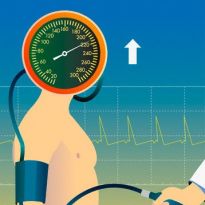 Vaginalnyj crisis - a pathological condition of the body, emerging on the background of aggravation of vascular dystonia (VVD). This paroxysm is characterized by a temporary disruption of the autonomic system: the processes of inhibition and excitation no longer be consistent, there is a conflict of sympathetic and parasympathetic nerves.

Vaginalnyj crisis: why it occurs?

Vaginalnogo causes of the crisis are not fully understood, although it is known that a significant influence on its development has a soldier's heart (vascular) dystonia. Each second patient with VSD from time to time there are crises. Healthy people are much less susceptible to such condition.

Doctors have identified a few main causes of the crises vaginalnyh:

Due to the fact that when the paroxysm is dominated by the processes of inhibition, vaginalnyj crisis has a number of the following specific symptoms: 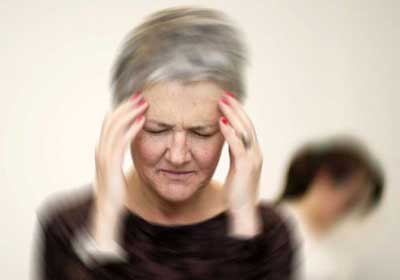 VSD is usually diagnosed ina child (aged 10-14 years). According to statistics, about 20% of children suffer from this pathology. The cause of the disease can be birth complications, health problems of the mother during pregnancy, disease, moved in infancy.

Healthy children vaginalnyj crisis often occurs on the background of emotional turmoil. If the child has a diagnosed VSD, the cause of the paroxysm may be any of the above factors.

Symptoms of seizures in children are:

Vaginalnyj crisis in children (particularly preschool age) passes quickly, within 10-20 minutes. At the age of 5 paroxysmal condition may be asymptomatic.

Usually the diagnosis of "VSD with vaginalnym krizovym over" does not cause difficulties for experts, but not necessarily carried out differential diagnosis, because doctors are required to exclude pathology of the heart, Central nervous system and mental disorders.

Specific therapy in this disease has not been developed, medicines are prescribed depending on symptoms and complaints of the patient. The main measures to combat the IRR and emerging on its background vaginalnyj crises are:

When the ambulance waginalnom crisis

When the precursors vaginalnogo crisis the patient should be placed in a horizontal position. If gagging is not observed, and the patient very nervous, you can give him a sedative mild (e.g., glycine), but only if the blood pressure does not fall to critical numbers.

In case of loss of consciousness you should call an ambulance and monitor the patients before arrival of doctors. If a person is unconscious, start an attack of vomiting, turn his head to one side and give a yield of vomit mass.